Staff writer ▼ | April 1, 2015
The National Biodiesel Board (NBB) is calling for the EPA to stay its recent decision to streamline Argentinian biodiesel imports to the U.S. under the Renewable Fuel Standard (RFS). 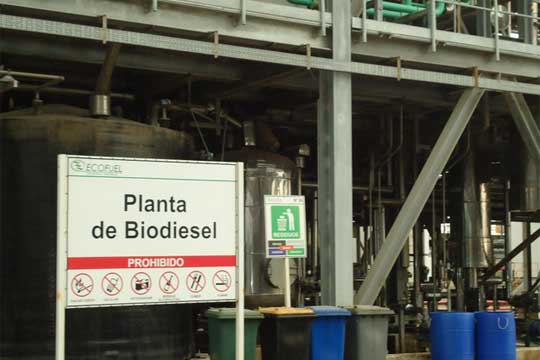 Energy   National Biodiesel Board
In a petition filed with EPA Administrator Gina McCarthy, NBB cited the lack of public comment on the EPA decision and little transparency regarding the plans Argentinian producers can use to demonstrate compliance with the RFS.

The EPA initially approved the application from Argentina's biofuels association, CARBIO, on January 27.

Typically under the RFS, foreign producers must map and track each batch of feedstock used to produce imported renewable fuels to ensure that it was grown on land that was cleared or cultivated prior to December 19, 2007 – when the RFS was established.

The EPA's January decision allows Argentinian biodiesel producers to instead rely on a survey plan being implemented by a third party to show their feedstocks comply with the regulations.

Given the complex international trade involved and the apparent gaps in the program as outlined in EPA's approval document, the EPA will have little ability to verify the survey plans proposed by Argentinian producers, even with the third-party surveyor's limited reviews.

Argentina would be the first country to use a survey approach under the RFS. Canada and the U.S. operate under an aggregate approach in which feedstock is approved so long as the aggregate amount of agricultural land in each country does not grow.

NBB estimates that up to 600 million gallons of Argentinian biodiesel could enter the U.S. next year as a result of the change. In 2014, the entire U.S. biodiesel market was about 1.75 billion gallons. ■

Carpenter Technology to cut 10% of workforce, save $30m