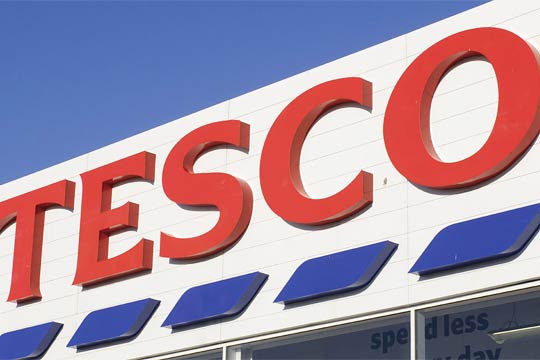 Grocery prices fell 1.4% for the period, which was the same rate of deflation as reported a month ago and the 24th consecutive fall.

Among the 'big four' supermarkets, Tesco saw sales fall the least, down 0.7%, and its 0.2% loss of market share to 28.3% was the group's slowest rate of share loss since March 2014 and was helped by an improved performance from its larger stores.

Sainsbury's sales slipped 1.1%, the second lower move in a row after a long upward streak, which dragged its market share down by 0.2 percentage points to 16.3%.

Sales dropped 5.6% at Asda, where new chief executive Sean Clarke is poised to launch a new round of heavy price cuts, with market share shrinking rapidly to 15.5% from 16.4%.

Morrisons sales fell 1.8%, which was its best results since January and is more to do with the sale of its convenience store estate late last year, while its market share fell by 0.2 percentage points to 10.7%.