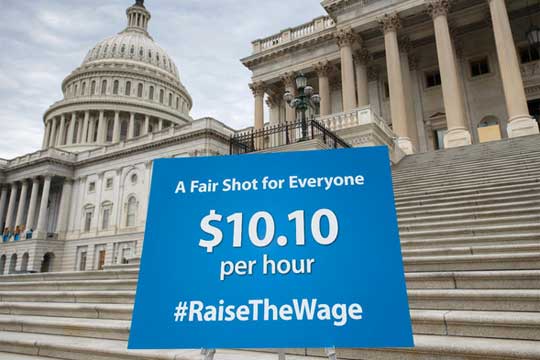 If passed in Alaska, the minimum wage will increase to $9.75 per hour.

The federal minimum wage remains at $7.25. But since President Barack Obama called on Congress to raise the national minimum wage to $10.10 per hour, 13 states and the District of Columbia have passed minimum wage increases. That increase will benefit 7 million workers by 2017, according to the White House. ■