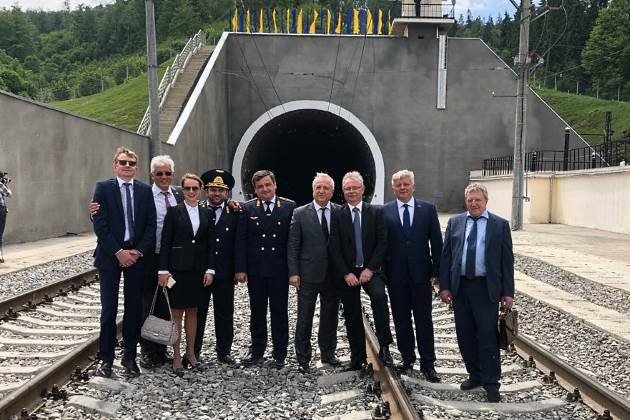 It replaces the former single-track tunnel, which was the only single-track section of the line on the otherwise twin-track electrified corridor between Lviv and the Hungarian and Slovak borders.

After the inauguration of the new Beskyd Tunnel, there is great potential for doubling domestic and international freight train operations to 24 million tonnes and 56 trains in both directions over the next ten years.

Passenger transport will be able to reach up to 40 trains per day in both directions during this period. This significant volume increase is derived from European quality standards and the high reliability of railway operations on the Ukrainian part of the extended TEN-T corridor.

This project is a good example of cooperation between the EIB and the European Bank for Reconstruction and Development (EBRD), which have co-financed this ambitious railway tunnel construction project together with Ukraine. ■