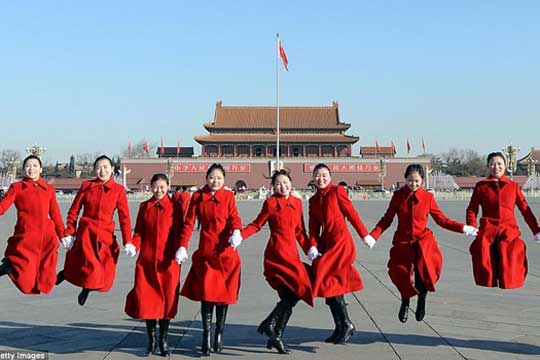 Statistics show growth in communication and electronic equipment, automobiles, and medicine accounted for 74.2 percent of the total growth rate of the city's manufacturing industry in 2014.

Among the tertiary industries, finance, information and software, and scientific research and service saw the fastest expansion in 2014, witnessing a yearly growth of 12.3, 11.7 and 11.1 percent respectively. The added value of the property industry was down by 2.2 percent on a yearly basis.

A raft of China's 2014 economic figures unveiled on Tuesday by the National Bureau of Statistics shows that China has seen the slowest pace of GDP growth since 1990, as the country's GDP expanded 7.4 percent year on year to 63.65 trillion yuan. ■

75,000 Beijing households will not use coal stoves
$1.53 billion for infrastructure in region around Beijing
World’s biggest airport will open in 2019