Barcelona is iCapital of Europe

Staff writer ▼ | March 12, 2014
The European Commission has awarded the European Capital of Innovation (iCapital) prize to Barcelona (Spain) "for introducing the use of new technologies to bring the city closer to citizens". 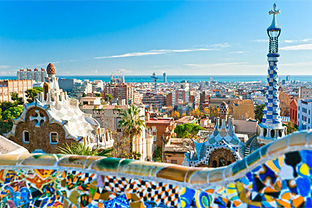 The European Commission has awarded the European Capital of Innovation (iCapital) prize to Barcelona (Spain) "for introducing the use of new technologies to bring the city closer to citizens".


Barcelona was chosen by a panel of independent experts in a close competition with Grenoble in France, and Groningen in The Netherlands. The €500,000 iCapital prize will be used to scale up and expand Barcelona's efforts on innovation. Barcelona was announced as the winner today at the closing ceremony of the Innovation Convention 2014, Europe’s premier innovation event.

Máire Geoghegan-Quinn, European Commissioner for Research, Innovation and Science, said: "Barcelona is a deserving winner of the first iCapital award, for its dedication to using new technology for the benefit of its inhabitants.

Still, there were many other great initiatives and proposals, and I want cities and regions to join together and share their experiences. Outstanding initiatives at the local level will contribute to keep turning the European Union into an Innovation Union."

Barcelona uses new technologies to foster economic growth and the welfare of its citizens through open data initiatives, offering valuable information to individuals and private companies; sustainable city growth initiatives on smart lighting, mobility (e-vehicle) and residual energy (heating and cooling networks); social innovation; promotion of alliances between research centres, universities, private and public partners within the scope of the project; and providing better smart services in a flexible, continuous and agile way through ICT used as means to launch innovation in different areas of the city. ■