Banana producers in Colombia will receive more than $8 million

Staff writer ▼ | December 4, 2014
Through a public-private partnership, the banana sector will receive more than $8 million dollars to control the black sigatoka disease and to promote the export crops' productivity and competitiveness. 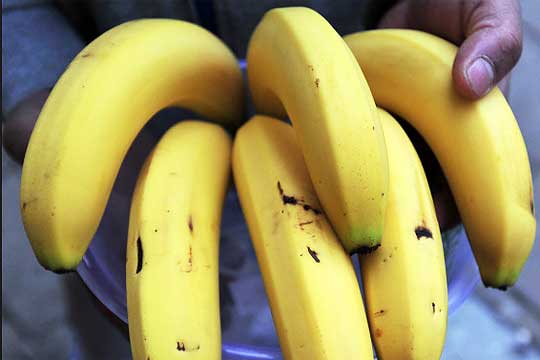 The agreement   A public-private partnership
The Ministry of Agriculture and the banana sector's guilds signed an agreement that specifies the value of investments will be over $18,000 million pesos (about 8 million dollars), $12,500 million pesos of which (about US $6 million) will be provided by the Ministry.

Considering that the banana subsector generates 1.5% of Colombia's agricultural GDP and that the banana has traditionally been one of the country's flagship fruit exports, the Ministry offered strong support to growers, especially for small producers who have been affected by the disease, so that they get priority attention, investment and can generate jobs.

The black sigatoka disease is the most destructive disease for bananas and can cause the most economical damages for these crops by causing a 50% loss of yield and premature ripening of the fruit. ■

Number of immigrants to U.S., major countries falling down

ZAGG spreads in Europe and Australia