Banana growers in the Philippines should use drones 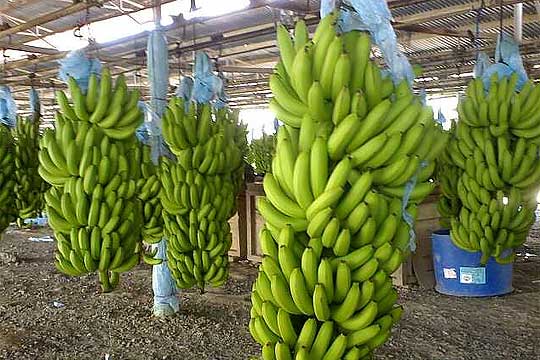 Agriculture   Agriculture Secretary Proceso Alcala:
“I will meet with the members of the Pilipino Banana Growers and Exporters Association to discuss the possible use of drones in their aerial spraying. Even if they say that they are using organic ingredients, the main concern of the lawmakers is the 'excessive' amount of chemicals being dumped during overhead spraying, which may allegedly cause respiratory illnesses,” Alcala said.

Alcala said aerial drones could hover as close as two meters from the ground which would lessen the amount of chemicals being dumped.

“Some congressmen expressed their concern because the distance of aerial spraying from the plant to the height of the plane is 10 to 15 meters. The drone technology is readily available and is cheaper. It is just a matter of adopting what is better for our industry,” he said.

Several civil society groups earlier urged Congress to immediately pass a bill which aims to ban the use of aerial spraying.

The Philippines is the world’s second largest exporter of fresh bananas.

Robert Beauchamp elected to Raytheon board of directors