Staff Writer | May 5, 2018
The Australian government is running out of time to plan for the uptake of electric vehicles, the nation's top infrastructure authority has warned. 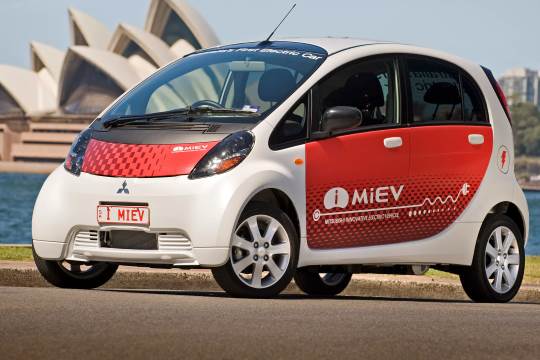 Davies said the transforming face of transport would have a significant impact on energy security as well as government revenues in the form of falling petrol excise.

Josh Frydenberg, Australia's minister for energy and the environment, has previously predicted that the number of electric vehicles on Australian roads would grow from 4,000 to 230,000 within seven years.

Frydenberg said as many as 1 million electric vehicles could be on the roads by 2030.

Davies said that federal, state and local governments have failed to plan for a disruption of the current model which "could bring the largest transformation the transport sector has seen since the shift from steam to diesel locomotives, or even going back to the move from horse and cart."

"Much of the transport and ­energy infrastructure that has served Australia well in the past faces new, untested challenges," he told an energy symposium held by IA and Infrastructure Partnerships Australia in Sydney on Thursday.

"Currently funding to build and maintain our road infrastructure is sourced from a mix of fuel excise and vehicle registration charges."

"Australian governments cannot afford to sit on their hands. Our national productivity, the ­resilience of our infrastructure across multiple sectors and indeed their future revenue streams, largely depend on how we respond to these challenges."

Despite Davies' concerns over the problems presented by rapid electric vehicle use growth, prestige car company Jaguar Landrover Australia on Thursday called for an end to the sale of diesel and petrol vehicles in the country as soon as 2030.

"It would certainly help both industry and consumers to know when a hard transition date might come into effect," Matthew Wiesner, managing director of the company's Australian operations, told News Corp Australia.

"It is about understanding what the rules are for a future development in this space. That doesn't exist today. (Industry) needs some leadership and it needs some direction."

Britain has instituted a similar ban from 2040 while Germany and India will phase out internal combustion engines from 2030.

A Jaguar Landrover poll of 1,000 Australians found that 68 percent of respondents believe the country was falling behind the rest of the world on electric vehicle adoption.

Wiesner's agreed with Davies' view that governments have not come to terms with the implications of the rise of electric vehicles.

"We don't see any evidence of that yet. In fact, quite the opposite. This is a very new discussion and quite frankly they haven't been giving it any consideration whatsoever," he said. ■