Staff writer ▼ | March 3, 2014
The US Army Corps of Engineers, Engineering and Support Center in Huntsville, Al., in conjunction with the Army Energy Initiatives Task Force (EITF), has awarded 20 base contracts to companies in three of the four energy-related technologies. 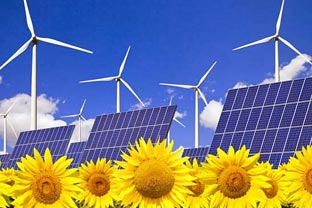 The US Army Corps of Engineers, Engineering and Support Center in Huntsville, Al., in conjunction with the Army Energy Initiatives Task Force (EITF), has awarded 20 base contracts to companies in three of the four energy-related technologies.

The 20 contracts are for biomass, as well as wind and solar, technologies. Those biomass companies receiving contracts are Ameresco of Massachusetts and Wheelabrator Technologies in New Hampshire.

"We are adding these additional companies to those already in the technology pools to ensure we have enough pre-qualified companies ready to submit proposals on task orders as they come up. Huntsville Center is doing everything we can to ensure task orders for future projects will be awarded as quickly as possible," says Robert Ruch, commander, Huntsville Center.

The second round of MATOC awards is in keeping with the original August 2012 Request for Proposal which allowed for immediate awards to firms within the competitive range and additional awards to firms that qualified after further evaluation by the government.

The MATOC involved third party financed renewable energy acquisitions and involves no Army or Department of Defense (DoD) capital, or military construction appropriation. The Army or DoD will purchase the power from contractors who own, operate and maintain the generating assets.

The MATOC's total estimated value of $7 billion capacity refers to the total dollar value of energy available for purchase under all power purchase agreement task orders for their entire term (up to 30 years).

These contracts will support the Amry's achievement of its congressionally mandated energy goal of 25% production of energy (1GW) from renewable sources by 2050, and improving installation energy security and sustainability.

"Currently we are working projects and expect to deliver a task order in the next several months," said Amanda Simpson, executive director of the EITF. ■