Argentina's soybean crop forecasted to be above 60m tons 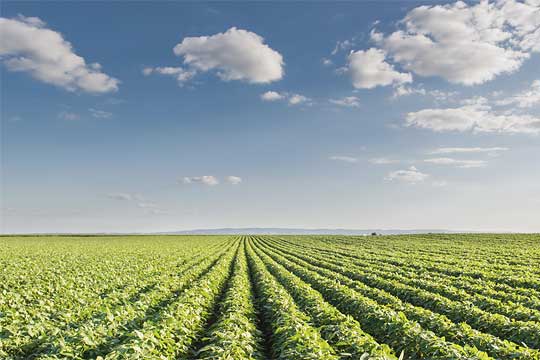 Agriculture   The Buenos Aires Cereals Stock exchange
“So far the average yield stands at 3.300 kilos per hectare, we can thus estimate the current total harvest at 57.4 million tons”, said the Cereals chamber.

The areas with the highest yields were to the south of Santa Fe and Cordoba provinces with an average of 4.100 kilos per hectare, while to the north of the province of Buenos Aires, yield was closer to 3.900 kilos.

The Cereals chamber also said that the area still waiting to be harvested is in the extreme of the farm regions.

This means that those areas to the northeast and northwest waiting to be harvested represent 47% of the remnant area, and in the opposite extreme, to the southeast and southwest, mainly the provinces of Buenos Aires and La Pampa, they concentrate 34% of the area still to be harvested.

In the meantime, Argentine oil crushing industry workers reached over the weekend a much disputed salary agreement, ending a 26 day strike, and hopefully resuming activities which have paralyzed the Rosario cereals and oilseeds stock market and forced a queue of over 140 vessels and barges along the Paraná river. ■

Grains and oilseeds harvest in Brazil to increase up to 5.3%
Brazil's corn and soybean crops flattening out influenced by climate
Brazil's Conab increases crop estimation