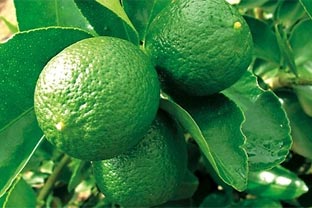 According to data from FAO, Argentina is the fourth largest producer of lime with 1,300,000 tons, behind China, India and Mexico. It is also the fourth biggest exporter, behind Spain, Mexico and Turkey. The country only exports 20% of its total domestic production.

Fundacion Exportar, the export promotion agency of the Ministry of Foreign Affairs of Argentina, coordinates the Argentine Pavilion in over 250 international exhibitions around the world; one of which was the recently finished Fruit Logistica 2014.

In it, the agency had a 713 square meter pavilion, where 42 Argentine companies exhibited their products and held meetings with partners interested in them. Among the products exhibited, the most representative fruits were limes, pears, apples, blueberries and other citrus fruits. ■