Staff writer ▼ | February 20, 2015
Oil exports are not allowed from the U.S.; a survey shows that 69 percent of American voters believe they should be permitted. 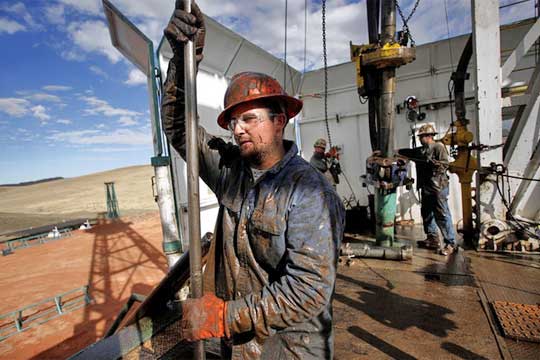 U.S. survey   According to FTI Consulting
More than two-thirds of Americans want the U.S. government to allow exports of crude oil, a survey released by the Producers for American Crude Oil Exports revealed.

According to a national survey, conducted by U.S.-based consultancy firm FTI Consulting, 69 percent of American voters support U.S. oil producers in exporting crude oil to countries which are trading partners with the U.S.

In addition, 76 percent of voters believe that lifting the 40-year-old ban on crude oil exports would have a positive impact on the U.S. economy.

According to the survey, 73 percent of the participants said that lifting the export ban would strengthen the U.S.' strategic position in the globe, while 59 percent stated that the U.S. trade deficit would get smaller.