Staff writer ▼ | September 12, 2013
Russia, Ukraine and Belarus are fighting against African swine fever (ASF) the spread of which is becoming increasingly dangerous for the global pork industry. 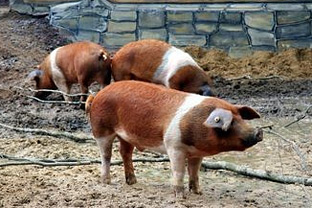 Russia, Ukraine and Belarus are fighting against African swine fever (ASF) the spread of which is becoming increasingly dangerous for the global pork industry.


According to experts, even one outbreak of ASF in the European Union could mean a complete stop to pork exports.

Representatives from Russian veterinary watchdog Rosselkhoznadzor noted that, when the disease spreads beyond the borders of Russia, the struggle against it should be carried out by internationally co-ordinated activity, involving the veterinary services of all the countries affected. At the same time, all parties should do everything possible to protect themselves from the disease, they added.

In recent weeks, the CIS countries have established a set of prohibitions and restrictions on pork imports, due to ASF. In particular, Russia was forced to ban imports of pork and live pigs from Belarus, while Ukraine announced a tightening of controls over imports from Russia and Belarus.

At the same time, Belarus has banned pork imports from those regions of Russia where outbreaks of ASF have been reported. As a result, about 40% of Russia’s pork producers are losing an opportunity to supply pork to Belarus. The latest restriction – on the supply of pork from the Vladimir Oblast region – was introduced on 3 September.

Due to the spread of ASF, pork prices in Russia jumped 20-25% in the last quarter, depending on the region. ■