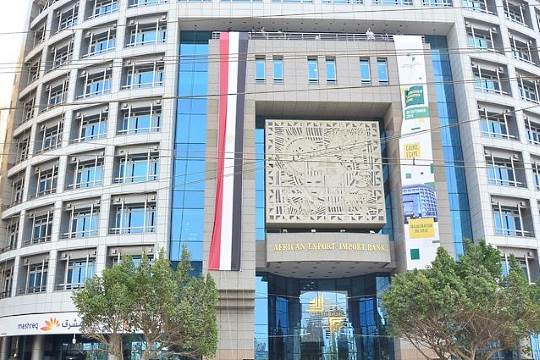 Africa   African Export Import Bank
The Herald said the economic stabilization package would go towards the revival of the productive sector to stimulate more exports.

Afreximbank president and chairman of the bank's board of directors Okey Oramah said the bank was eager to help the Zimbabwean economy by providing currency liquidity to curtail bank queues and would also support nostro accounts of banks to ensure that those dealing with U.S. dollars could pay for goods.

Oramah, who made the announcement after paying a courtesy call on President Emmerson Mnangagwa at his Munhumutapa offices on Tuesday, said the support would extend to investment guarantees to foreign investors who choose to invest in the country.

"We are here to extend our congratulations to President Mnangagwa and also to reaffirm our continued support for the government and people of Zimbabwe under his leadership," Oramah said.

"We discussed various areas we have been intervening and continue to provide support and so we informed His Excellency, the President that the 600 million dollars (facility) we engaged in a few weeks ago had been finalized.

"We also discussed a number of other areas that will involve additional investment from us for something that will be in the order of 1 billion to 1.5 billion dollars that will include certain kinds of guarantees to encourage investors to come into Zimbabwe this time."

The 600 million dollar line of credit was extended to Zimbabwe at the end of September to support the Reserve Bank in the financing of trade-related transactions and projects.

"We also want to make sure we support the stabilization of the economy - that means providing currency, liquidity to make sure that the situation where people are rushing every time to look for cash is dealt with," Oramah said.

"So we will be supporting the nostros of the different banks which will then make it possible for all those who are dealing in United States dollars to have access anytime they want to pay for goods," Oramah said.

Finance and Economic Development Minister Patrick Chinamasa said the visit and investment by Afreximbank "sends very good signals to the rest of the world that Zimbabwe is open to do business, is open for investment and this is the support that I think we deserve".

He said the economy will likely grow by more than 4.5 percent in 2018 if the country continues to receive support from critical players.

"I believe this economy is going to be in for some very good times," he said. ■