Staff writer ▼ | January 15, 2015
Medical billing paperwork and insurance-related red tape cost the U.S. economy approximately $471 billion in 2012, 80% of which is waste due to the inefficiency of the nation's complex, multi-payer way of financing care, a group of researchers say. 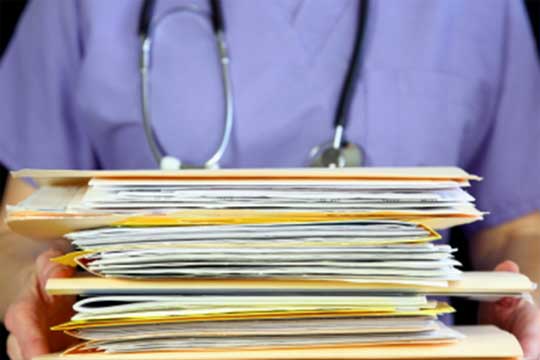 Study   A group of researchers:
The researchers - physicians and health policy researchers with ties to the University of California, San Francisco, the City University of New York School of Public Health, and Harvard Medical School - note that a simplified, single-payer system of financing health care similar to Canada's or the U.S. Medicare program could result in savings of approximately $375 billion annually, or more than $1 trillion over three years.

Such savings could be used to cover everyone who is currently uninsured and to upgrade coverage for the tens of millions of Americans who now have inadequate policies with no increase in national health spending, they say.

The four-member research team reports its findings in the peer-reviewed journal BMC Health Services Research. Their article was published in final form this week.

Aliya Jiwani, the article's lead author, said, "Our team reviewed and combined all existing studies of the costs of billing and insurance-related administrative tasks across multiple health care sectors.

"Using a standard definition of 'billing and insurance-related costs,' or what we call BIR, we found that physician practices spent about $70 billion in 2012 on bureaucratic paperwork. Hospitals spent an estimated $74 billion on BIR, and other institutions, such as nursing homes, home health care agencies, prescription drug and medical supply companies, spent an estimated $94 billion on these money-chasing tasks.

"Private insurers spent $198 billion on BIR, whereas public insurers, e.g. Medicare and other government-sponsored programs, spent $35 billion on such activities.

"Most significant is our finding that were the U.S. to adopt a simplified health care financing system - either along the lines of Canada's system or our Medicare program - 80 percent of those itemized expenditures would disappear. That's how much administrative waste is embedded in our fragmented, dysfunctional system of paying for care."

Jiwani, who obtained her master's degree from Yale and is currently pursuing doctoral studies in public health at George Washington University, said that necessary administrative tasks such as patient scheduling and writing chart notes were excluded from the BIR totals. ■