£1 billion in deals from British PM's trade mission to India

Staff Writer | November 11, 2016
The Prime Minister’s first trade mission resulted in £1.2 billion worth of business between UK and Indian companies. 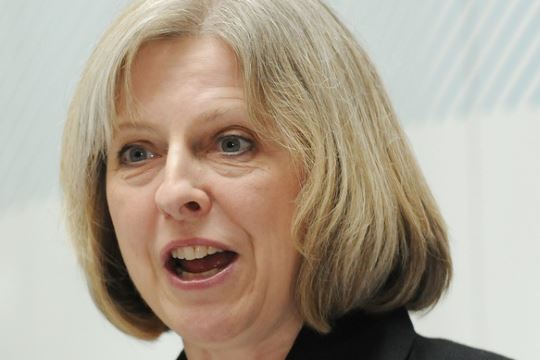 Dynamatic and Airbus announced the commercial production of flap track beams which are high-tech guide rails fitted to the wings of the aircraft, crucial in controlling speed, direction and balance.

The parts are machined in Dynamatic’s facilities in Swindon, and Bristol and then manufactured and assembled in Bangalore.

Dynamatic signed a deal worth £205 million of which £120 million will benefit the UK economy and create 60 new jobs across Dynamatic’s 2 UK sites.

Dyson is to open flagship stores in major cities across India including Delhi and Mumbai, as well as partner with leading retailers to make its technology available to Indian consumers.

Dyson expects to set up in India in 2017 and generate around £150 million revenue over the next 5 years.

The company expects to export 500 solar-powered, internet-connected hubs to provide mobile power and internet to rural villages in India – connecting over 250,000 people living in some of India’s poorest villages. These hubs will be manufactured in the UK and will generate up to £24 million in revenue over 5 years.

King’s College Hospital, Ernst and Young UK and Pricewaterhouse Coopers along with other leading UK health providers have signed a range of commercial and financial partnerships with the Indo-UK Institute of Health (IUIH) worth £300 million.

Westminster Healthcare are investing £14 to £15 million in a pioneering diagnostic centre in India which will open in January 2017. The UK export value of goods and services will be approximately £10 million with a turnover of around £75 million over a 5-year period.

Gurr Jones will provide services such as the valuation and appraisal of fine and decorative art, antiques and collectables to art enthusiasts and collectors across India. The deal is expected to generate a turnover of £50 million in the next 3 to 5 years.

He-Man Dual Controls are setting up a manufacturing plant in Chennai, with a total investment and export value of £800,000 over the next 5 years.

Equiniti India, an intelligent provider of sophisticated technology, administration, processing and payments services, has invested an additional £3.1 million as part of their expansion plans for India.

Wockhardt, a leading Indian pharmaceutical and biotechnology company has a Sterile Manufacturing Facility based in Wrexham, North Wales which employs approximately 380 personnel. The site currently has capacity to manufacture and pack 25 million ampoules, vials and cartridges.

It is now investing a further £10 million to enhance its existing manufacturing capabilities in Wrexham. This investment will result in an additional capacity of 50 million ampoules and vials and will also generate 40 to 50 new jobs.

Pandrol Rahee Technologies Pvt Ltd is investing around £1.5 million to build a state of the art manufacturing unit in Hyderabad. The plant will manufacture specialised railway clips and is expected to generate £45 to 50 million in turnover over the next 5 years.

London-based Kloudpad exports the very best of British designed technology and is investing £50 million into a new manufacturing plant in India.

Firstsource Solutions, which has 7 centres across England, Scotland, Wales and Northern Ireland is adding 1,000 staff over the next 6 months.

Wipro announced the expansion of its Wipro Digital business with the opening of its second office, a 150-seater facility in London. Wipro Digital had unveiled a 75-seater digital pod in London last year.

These 2 pods will together give Wipro Digital increased specialised capability in digital strategy, design and engineering. It will offer UK and global brands integrated and end-to-end digital transformation services. ■