Christian Fernsby ▼ | March 6, 2020
Coronavirus test kits were delivered yesterday via helicopters to a cruise ship linked to the first coronavirus death in California amid possible virus spread aboard. 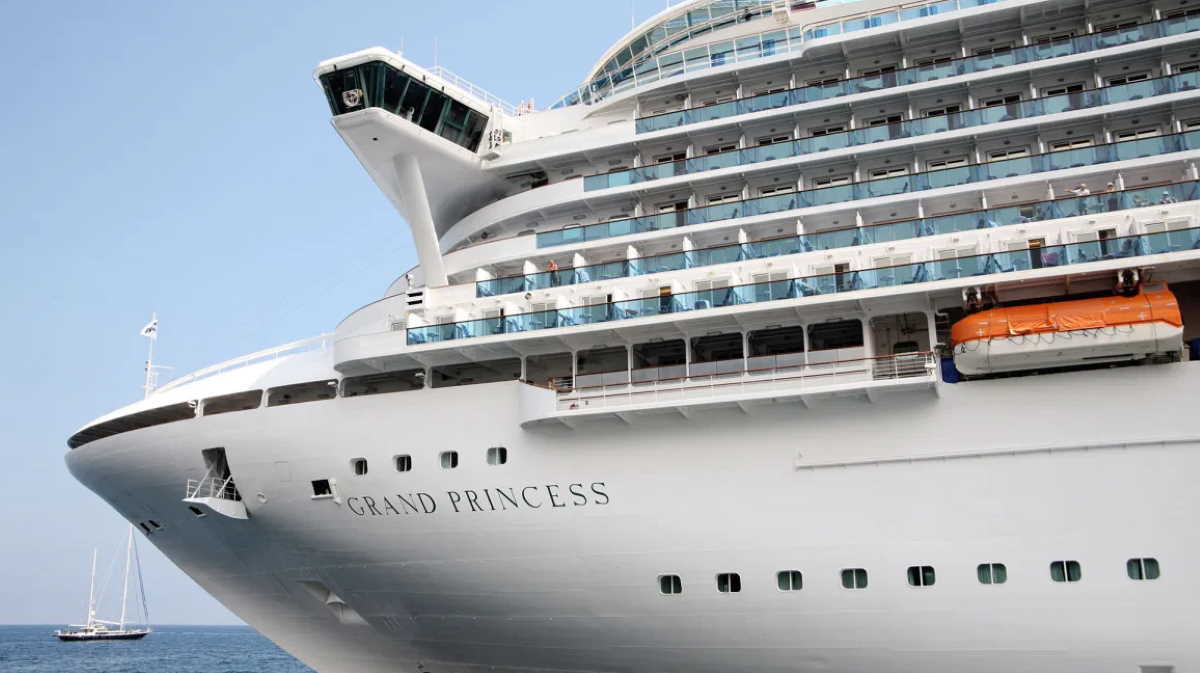 Health in the U.S.   Grand Princess
Video footage posted on social media showed U.S. Coast Guard was delivering the test kits to the Grand Princess cruise ship, which was banned by California Governor Gavin Newsom from docking at San Francisco, after one of its former passengers died from Wuhan coronavirus two days ago, the first Wuhan coronavirus death in California.

A statement from the cruise ship said two days ago that "there were no confirmed cases of Wuhan coronavirus currently on board, and the U.S. Centers of Disease Control (CDC) has identified groups of guests and crew who will be tested before arrival into San Francisco."

San Francisco Director of the Department of Emergency Management Mary Carroll told a press conference Thursday that 35 people on the boat had developed flu like symptoms during a 15 day cruise between San Francisco and Mexico, but most of them have recovered and no longer showed such symptoms.

"There are fewer than 100 guests and crew identified for testing, including all in transit guests guests who sailed the previous Mexico voyage and remained on board for the current Hawaii voyage," the Grand Princess said in an earlier statement.

It asked all passengers who have been identified for testing to remain in their staterooms, and no guests will be allowed to disembark before the results from the CDC were available.

There are about 2,500 passengers and 500 crew members aboard the ship, according to local media.

The Princess Cruise company confirmed that it has canceled the upcoming Grand Princess Hawaii cruise that was originally scheduled to leave on March 7. ■