Christian Fernsby ▼ | September 18, 2019
A Spanish airliner that filled up with smoke was forced to make a hasty landing in Barcelona, but the evacuation was hampered by powerful winds that blew the plane’s inflatable slides up into the air. 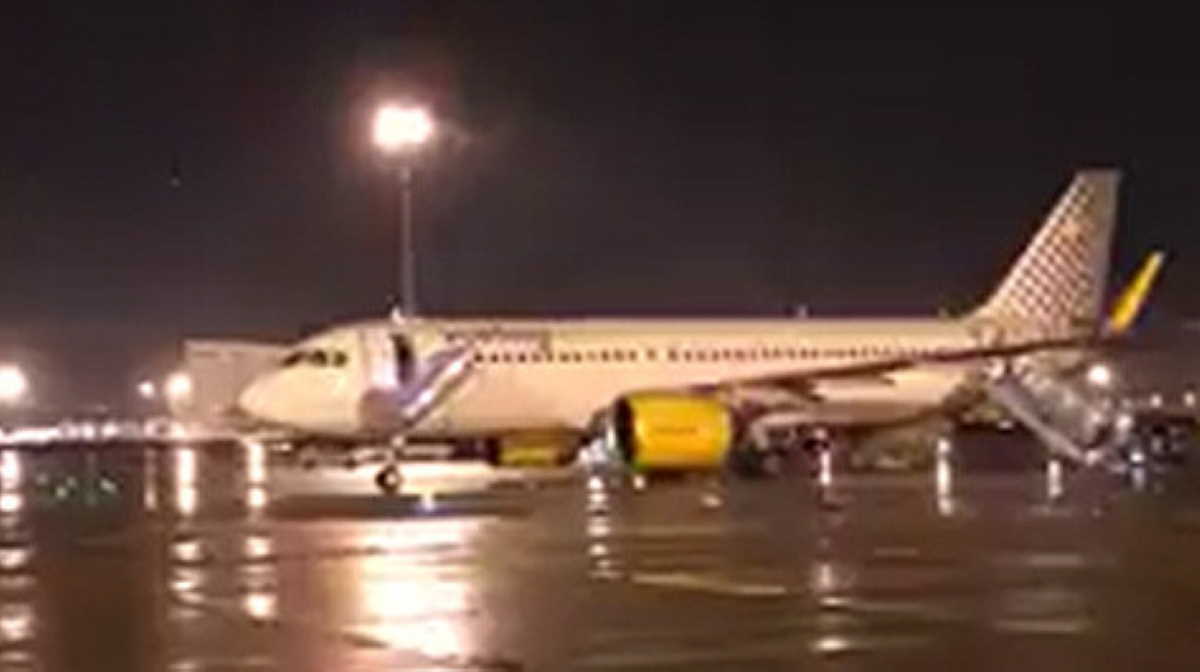 Europe   Vueling flight made emergency landing
Vueling flight VY2118 was traveling from Malaga to Barcelona when things went awry. Passengers told media that the cabin started to fill with smoke 20 minutes before landing causing widespread panic on board. Videos taken inside the aircraft and on the ground shortly after the emergency landing illustrate the chaotic scene.

Passengers were forced to hold down the inflatable slides so that others could escape. Authorities are still trying to determine what caused the incident. ■