Visa waiver for travel between Brazil and UAE awaits sanction 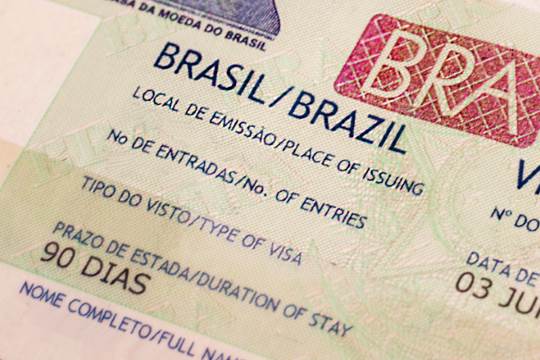 According to the agreement, citizens will be allowed entry, exit and transit in the two countries without a visa for up to 90 days each year for business and tourism trips.

The measure benefits ordinary, diplomatic and special passports, and was signed in March by the UAE Foreign Minister, Sheikh Abdullah Bin Sultan Al Nahyan, on a visit to the Itamaraty (the headquarters of Brazil's Foreign Ministry).

The country will also open an office of the Dubai Chamber of Commerce in São Paulo (SP), the eighth of its kind in the world.

Australian tourists will be able to issue electronic visas to enter Brazil before the end of this year. The documents should be issued within 72 hours, which greatly facilitates the process.

The Ministry of Tourism plans to extend the benefit to three other countries (Japan, the United States and Canada) in this first phase. According to data from the World Tourism Organization, the change should increase tourist inflows from other countries by up to 25%. ■

EU will not suspend visa-free travel for U.S. and Canadian citizens
Brazil to cut visa wait times from 45 to 5 days with e-visas
No USD needed for Iraq visa, Iranian rial new currency