Christian Fernsby ▼ | July 10, 2020
An flood defence system that was supposed to start working in Venice in 2011 – and could have protected the iconic city from more than a billion dollars in water damage last year is now getting a trial run. 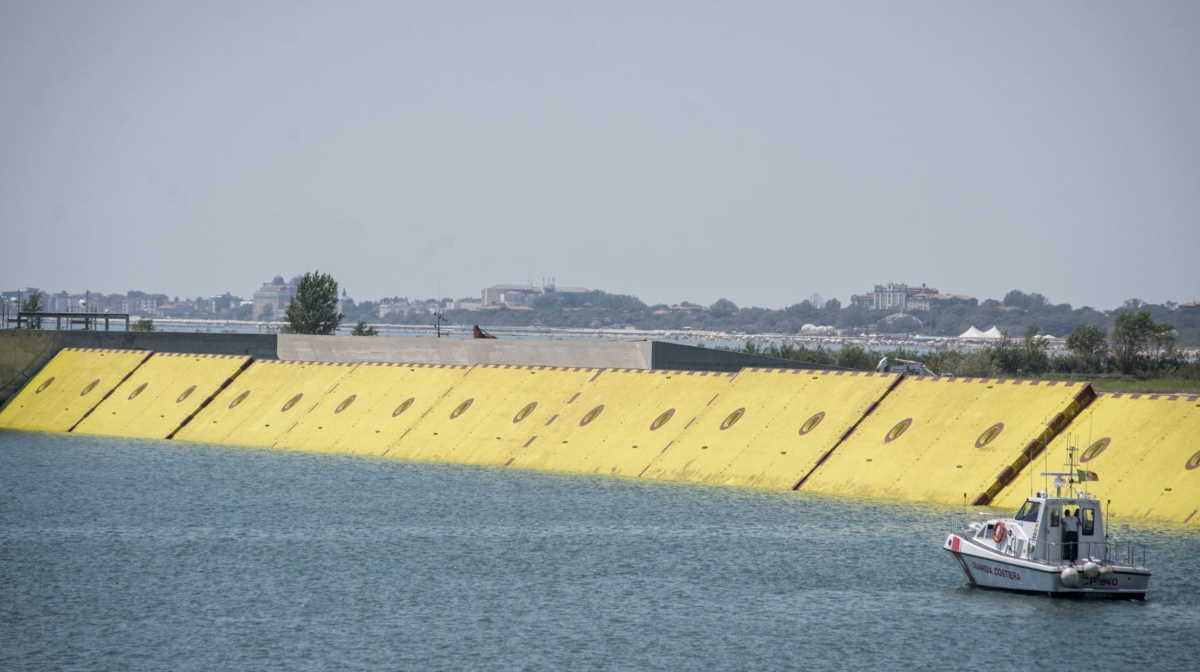 Moses   Flood defence system
The 78 bright yellow barriers of project Moses finally rose from the sea Friday, acting as a kind of a on-demand dike.

The project, which was inaugurated in 2003 and was supposed to be finished by 2011, has been mired in corruption. In 2014, The Associated Press reported, investigators revealed a system of bribes and kickbacks — nearly $6.5 billion overall has been poured into the planning and construction of the anti-flood system.

The project’s name, Moses, recalls the biblical figure who, as told in the Old Testament, parted the waters of the Red Sea. But it also is the Italian acronym for Experimental Electromechanical Modules.

The movable flood gates are attached by hinges to cement blocks on the seabed along three openings from the sea into the lagoon. After high-tide danger ceases, sea water is pumped into the gates to make them heavy so they can be lowered.

Despite Friday’s trial run, the project is estimated to be fully operational only in 2021, although Premier Giuseppe Conte expressed hope it could be ready by this autumn.

The barriers are designed to protect Venice from tides as high as 10 feet. ■