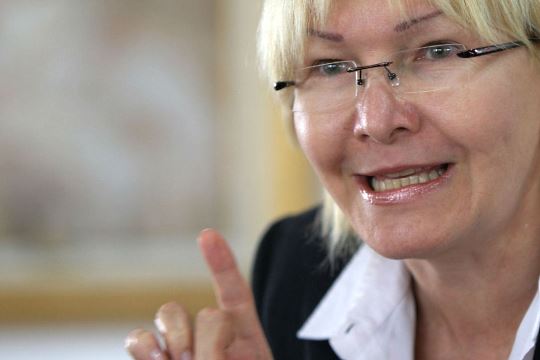 LatAm   The MUD has called the process unconstitutional
"If the executive wants to take this step, he should call a consultative referendum to ask (the Venezuelans) if they want the Constituent (Assembly), which will draft the new text," Ortega was quoted by the private TV station Globovision as saying.

On May 1, Maduro announced the creation of a National Constituent Assembly (ANC), which was immediately rejected by the opposition Democratic Unity Roundtable (MUD).

The MUD has called the process unconstitutional without a referendum, but this has been denied by the Supreme Court.

Ortega maintained that the constitutional process organized by the government seeks to "hide the true problems of the country" and "annihilate participatory democracy."

"They want to achieve this ANC with diminished popular support," said the attorney general. She said she would continue "to fight to re-establish the constitutional order" and was convinced that the overwhelming majority of Venezuelans would support this fight.

In recent days, Ortega filed a petition with the Supreme Court to cancel the ANC, which was rejected. ■