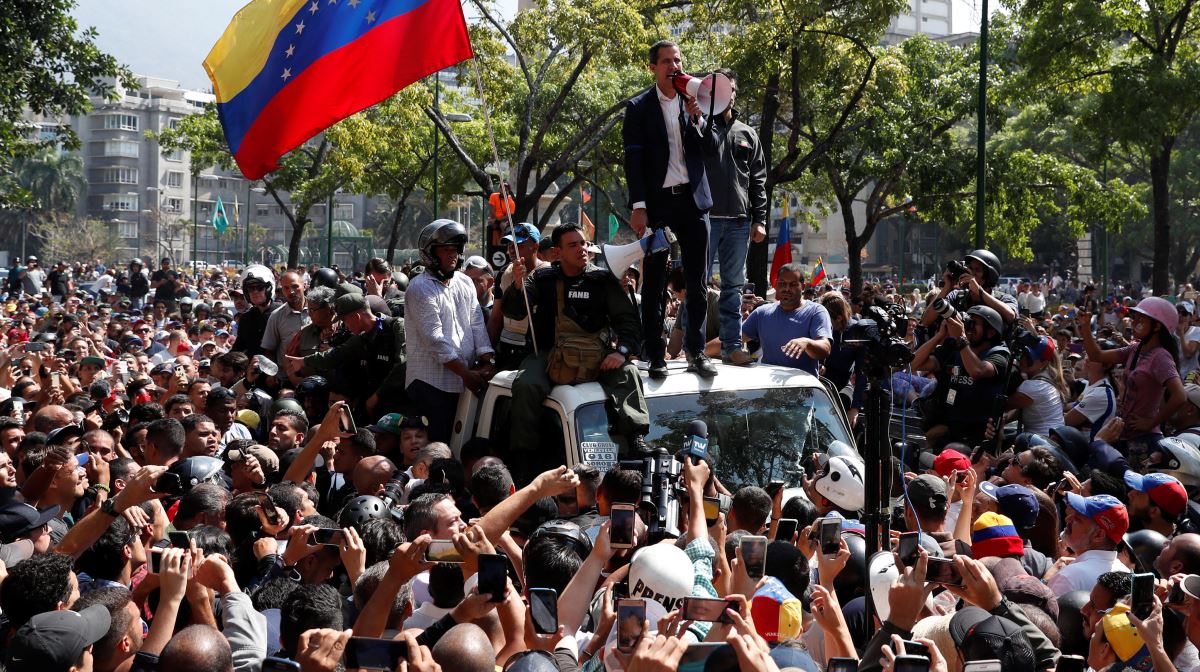 Maduro had not been seen in public as of Tuesday afternoon and its unclear where he is located at the moment.

Guaidó, meanwhile, addressed crowds in different parts of Caracas, rallying citizens to take to the streets.

“Today it is clear to us that the Armed Forces are with the people and not with the dictator,” Guaidó told a crowd in Altamira.

There were reports of gunfire, teargas and water cannon use at demonstrations.

And live broadcasts of a protest near La Carolta air base in Caracas showed armored military vehicles driving into crowds of protestors.

It’s not clear yet how many people were injured or if anyone was killed.

Throughout the day, US officials declared support for the opposition.

In the afternoon, National Security Adviser, John Bolton, claimed senior Maduro aides were aware of the planned uprising and prepared to help lead a peaceful transition of power. ■