Vanuatu on red alert as it braces for Tropical Cyclone Harold

Christian Fernsby ▼ | April 4, 2020
The Vanuatu provinces of Torba and Sanma are on Red Alert, as they brace for a category 3 cyclone with gusts of 160 km/h. 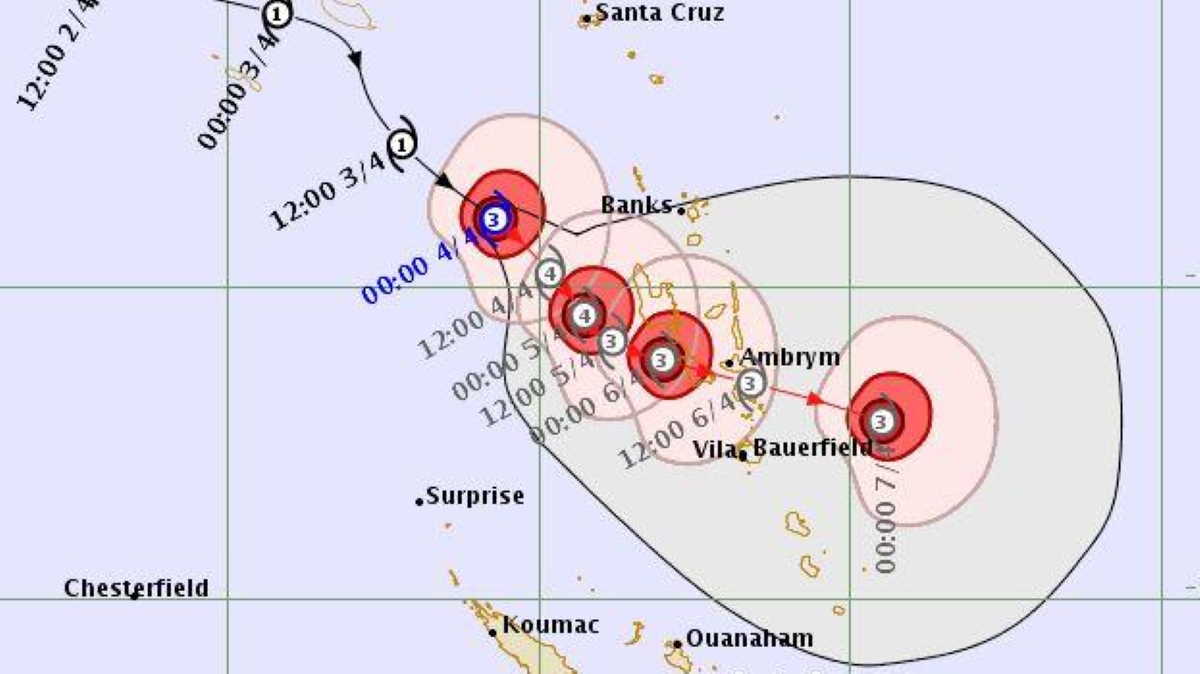 Storm   Tropical Cyclone Harold
Red Alert, the highest alert level for a cyclone in Vanuatu, means a Cyclone was imminent and that people needed to stay in shelter or a safe place.

The Vanuatu Meteorology and Geo-Hazards Department said severe Tropical Cyclone Harold is moving in an east south-easterly direction at 11 km/h.

It said damaging gale force winds of 150km/h with gusts to 160km/h are expected to affect Torba and Sanma Provinces in the next 6 to 12 hours.

Destructive Storm force winds of 125km/h with gusts up to 185km/h within 40 Nautical miles from its center are expected to affect Torba and Sanma provinces in the next 12 to 24 hours.

Heavy rainfall and flooding over low lying areas and areas close to the river banks including coastal flooding expected over Torba and Sanma Provinces and extending to Malampa, Penama and Shefa later tonight.

The Vanuatu National Disaster Management Office advises that Red Alert is in effect for Torba and Sanma Provinces, while Yellow Alert for Malampa and Penama.

People over Torba, Sanma, Penama and Malampa provinces are advised to listen to Radio Vanuatu and all other Radio Outlets to get the latest update on this system. ■