Christian Fernsby ▼ | January 28, 2020
American forces were able to reach the wreckage of a U.S. Air Force jet in Afghanistan overnight to retrieve remains, but it remained unclear what brought the high tech aircraft down in Taliban territory in the previous day. 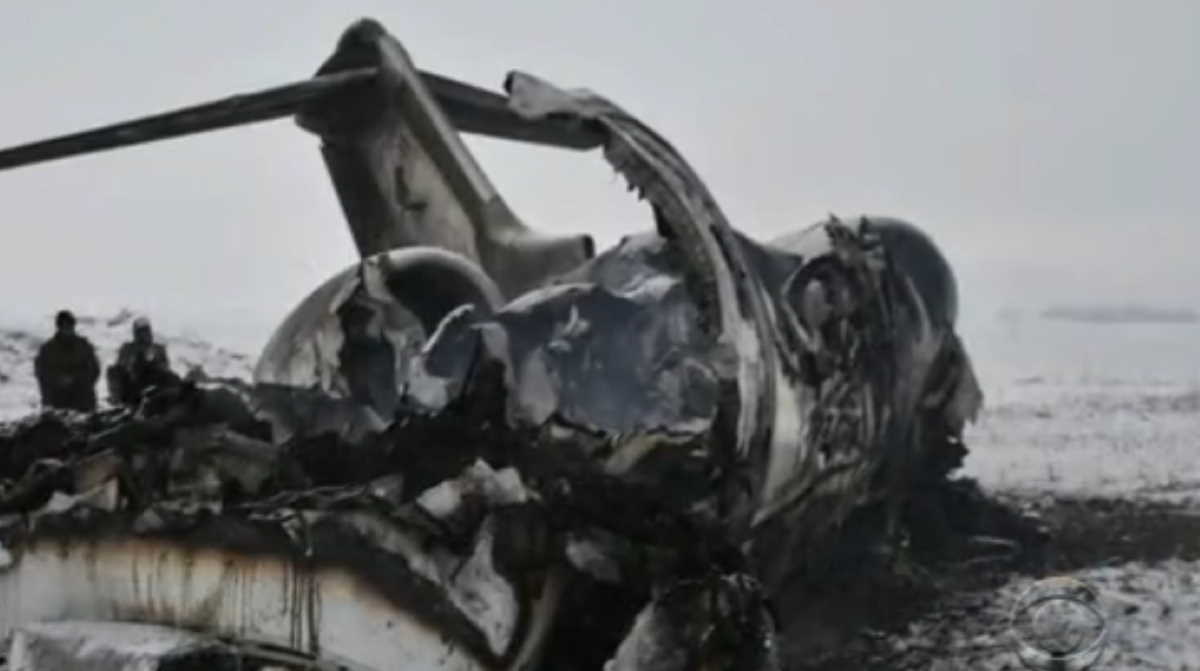 Air tragedy   Afghanistan jet crash
The Taliban claimed it shot the plane down, and while a U.S. official said Monday that initial information brought "no indications the crash was caused by enemy fire," a U.S. military spokesperson told CBS News national security correspondent David Martin the cause of the crash was still under investigation. The Pentagon has not officially ruled anything out.

U.S. officials told Martin the pilot of the Bombardier E-11A declared an in-flight emergency shortly before the crash. U.S. helicopters were finally able to reach the crash site overnight to recover the bodies of two crewmen.

A spokesman for the police in Ghazni province, where the plane came down, told CBS News on Tuesday that even Afghanistan's domestic forces had been unable to reach the crash site, which was under Taliban control. The spokesman, Ahmad Khan Sirat, told CBS News' Ahmad Mukhtar that Afghan forces clashed with the Taliban overnight, causing no casualties but blocking the security forces' access to the site. ■