Staff Writer | July 10, 2017
Robust showers and thunderstorms from the former Tropical Depression Four will affect the Florida Peninsula during the latter part of this week. 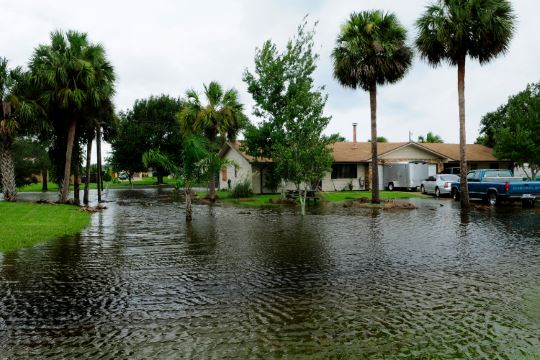 Weather   Miami has received only 0.02 of an inch of rain
The weak circulation that was Tropical Depression Four is gone, but heavy showers and gusty thunderstorms will continue moving westward, just north of the Greater Antilles this week.

This activity will spread across the Bahamas during the middle of the week.

"An uptick in downpours is likely over the Florida Peninsula spanning later Thursday and Friday," according to AccuWeather Hurricane Expert Dan Kottlowski.

The storms will raise the risk of urban flooding and isolated damaging wind gusts and sudden rough seas in coastal waters.

People on the beach may have to run for cover more often, when compared to a typical summer day.

There will be the potential for locally rough seas as well as stronger and more frequent rip currents, when compared to average.

However, it will provide a dose of locally heavy rainfall to the region.

While the Sunshine State is no longer considered to be in drought, the downpours will help to green up lawns that have become brown in recent days.

The dry spell has become most pronounced in the southeastern counties of the peninsula.