Christian Fernsby ▼ | December 7, 2019
UN food agency warned the tropical storm expected to lead to winds of medium strength with moderate to heavy rainfall amounts in parts of Somalia poses an immediate threat to the shipping lane that links Somalia and Gulf states. 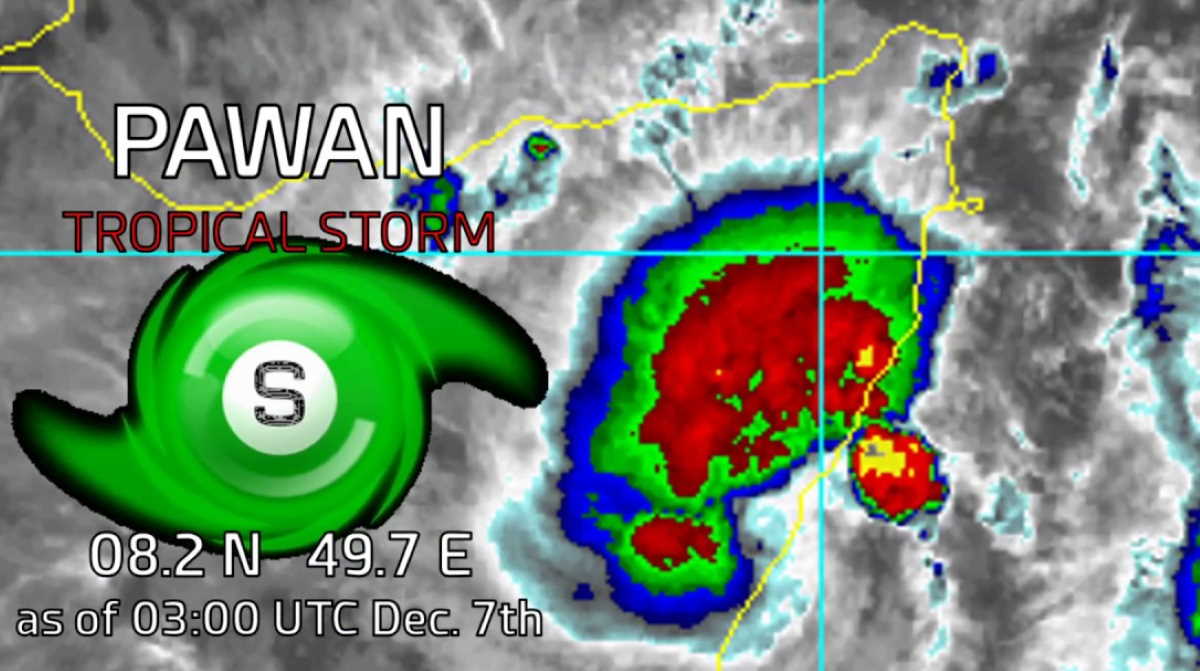 Weather in the world   Somalia storm
The forecast by the Food and Agriculture Organization of the United Nations-managed Somalia Water and Land Information Management said the storm initially named SIX that developed in the northern Indian Ocean has now been assigned the name PAWAN after sustaining a speed of more than 39 miles per hour for two days.

"The probability of the tropical storm landing in the coastal areas of Puntland has increased from 10 percent to 35 percent over the last two days and is expected to make landfall in Nugaal region in the next 24 hours," FAO said in a statement issued in Mogadishu.

It said PAWAN is expected to cause strong winds of medium strength with moderate to heavy rainfall amounts in parts of Somaliland, Puntland and Central regions of Somalia.

The UN food agency said the influence of PAWAN may start being felt in the coastal areas of Bari, Mudug and Sanaag regions in the next 12 hours where moderate to heavy rains and strong winds are expected.

The forecast said the rains will then spread further inland to many areas within Somaliland, Puntland and central regions on Dec. 7 to 8.

"Other impacts expected include the destruction of property and infrastructure including roads, buildings and boats due to the strong winds. Flash floods may also disrupt normal activities along the tropical storm path. Communities living along these areas are advised to take necessary precautions," says the forecast.

The latest alert comes after the tropical storm Kyarr, which had earlier been predicted to cause destruction in northern Somalia on Oct. 30, receded rapidly and did not cause a threat to the Horn of Africa nation. ■