Ukrainian plane crash: Iran admits it unintentionally shot it down

Christian Fernsby ▼ | January 11, 2020
The General Staff of the Iranian Armed Forces offered explanations for the crash of the Ukrainian aircraft which happened near Tehran. 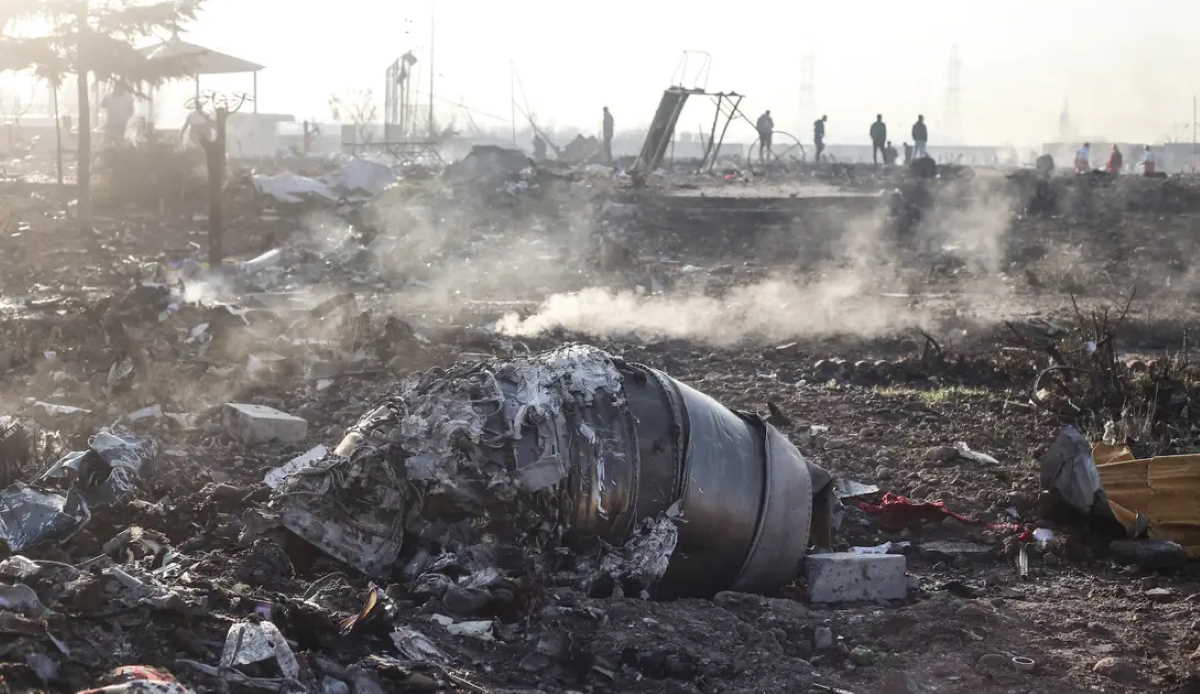 Air tragedy   Ukrainian plane crash
In the statement, it noted that "In the early hours of Wednesday morning, The General Staff of the Iranian Armed Forces immediately set up a special committee comprising of technical and operation experts independent from Iran's Civil Aviation Organization to investigate the causes of the tragic incident.

"The results of extensive investigations carried out since the moment of the crash is offered to the Iranian nation as follows:

"The plane belonging to a Ukrainian airline crashed near Tehran minutes after the take-off from Imam Khomeini Airport after its engine caught fire on Wednesday. All of its 167 passengers and nine crew members were killed in the crash.

"Hours after Iran's missile strike, the warplanes belonging to the terrorist American forces increased flights in the airspace surrounding Iran with reports keeping to come about some flying targets which were moving towards Iran's defense targets. Also, numerous cases were observed on radar screens which demanded further alertness on the part of the Iranian airforce defense units.

"In such a sensitive and critical situation, flight 752 of Ukraine Airlines which had taken off from Imam Khomeini International Airport, moved very close to a sensitive military spot belonging to the IRGC forces when completing a loop.

The altitude and the direction of the flight's movement were like an enemy target, so the aircraft was targeted unintentionally due to human error which unfortunately caused the martyrdom of a number of Iranian national together with a number of foreigners.

"The General Staff of the Iranian Armed Forces hereby extends its condolences to the bereaved families of the victims of the incident as well as those foreign nationals aboard the flight. It also offers its apology for the human error which caused the crash. "

The statement further assured that the repetition of such errors will be impossible as the body will follow fundamental reforms in the process of operations and refer to those who are guilty about the event to the Judiciary.

Ukraine expects a full investigation, a full admission of guilt and compensation from Iran after the downing of a Ukrainian passenger plane, President Volodymyr Zelenskiy said in a statement on Saturday.

Zelenskiy said “Iran has pleaded guilty to crashing the Ukrainian plane. But we insist on a full admission of guilt.”

“We expect from Iran assurances of their readiness for a full and open investigation, bringing those responsible to justice, the return of the bodies of the dead, the payment of compensation, official apologies through diplomatic channels,” he added.

Iranian President Hassan Rouhani expressed regret over the human error which caused the tragic crash of Ukraine Airlines plane and said those who committed such an unpardonable mistake will be sued and investigated. ■

Native American businesses in Montana to get $320,000

We're not in in Kansas anymore: Boeing 737 MAX supplier Spirit to lay off workers