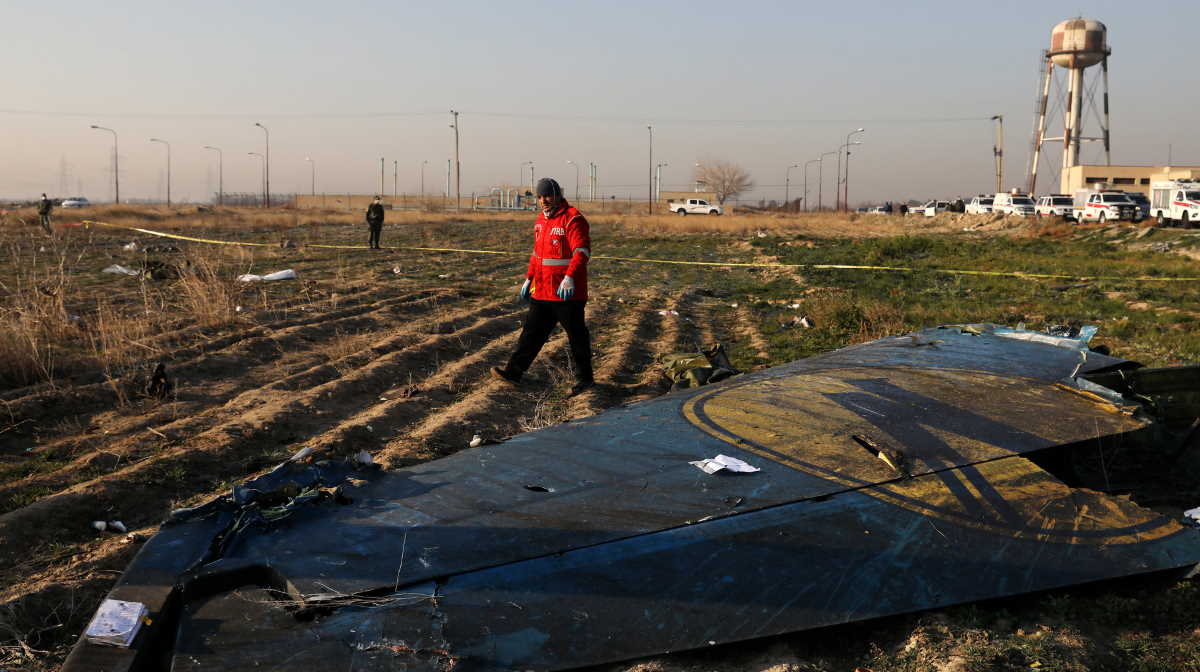 Air tragedy in Iran   Ukrainian plane crash
The Ukrainian airlines top management held a press conference, stating that the airliner took off according to the rules, and there was no deviation from the route and the responsibility for the tragedy entirely rested on the Iranian side.

"This is absolute irresponsibility. Because if you play war, then play as you want. But there are people around who had to be protected. If they shoot somewhere, they had to close the airport; they just had to. And then you shoot as much as you want," said Sosnovsky during the press conference in Kiev.

"It was the most ordinary Tehran-Kiev flight. People came, prepared the airplane, received permission to start the engines. They left the airport area according to the permissions of the air traffic controller," informed the airlines representative, underlining that the Iranian side permitted to operate the flight.

A total of 167 passengers and 9 crew members were killed on Jan. 8 as the result of the plane crash of the Ukrainian Boeing 737, which was flying from Tehran to Kiev. The airplane crashed at approximately 6 a.m. Tehran Time shortly after takeoff. ■

US announces $250m in military aid to Ukraine
UK says Russia brought down MH17, Russia says it has evidence it was Ukraine

More than 14,000 residents evacuated in Dortmund over fears of WW2 bombs

8 persons killed after explosion in chemical factory in India