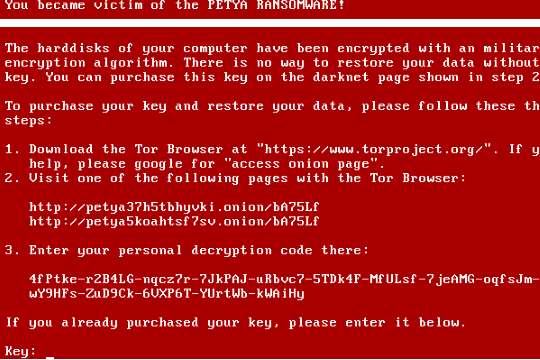 Security   The malware was first thought to be the Petya ransomware
It affected the critical infrastructure of Ukraine, as well as hit numerous businesses worldwide.

The malware was first thought to be the Petya ransomware, however, further analysis by security researchers revealed that the malicious software was masquerading as Petya, but in actuality was far more sinister.

The NotPetya attacks, which are how they are now widely being characterised, saw hackers launch a wiper malware, designed to destroy systems, but posing as regular ransomware to hoodwink victims.

Ukraine's SBU said in a statement that it had "terminated" NotPetya's distribution, which it added was "built up by Russia special services".

SBU said the "seized server equipment, engaged in the system of cyberattacks from the RF special services side".

BBC reported that Russia has dismissed the allegations of its involvement in the attacks as "unfounded". ■

Registration of 100,000 companies canceled in India