UK evacuates dozens, hundreds of homes affected due to storm

Staff Writer | November 24, 2017
Dozens of people were evacuated and hundreds of homes were affected in the United Kingdom due to heavy rains and floods in the last hours, emergency teams reported. 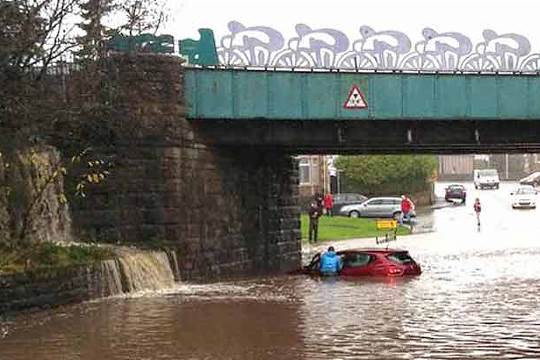 In addition, transportation services were interrupted and some schools suspended classes, while much of the damaged areas remain without electricity.

The Department of Meteorology keeps the yellow alert for those regions, which means that citizens must be attentive to the weather conditions and to the information offered by the specialists.

He also warned of possible effects due to snowfall in Scotland and asked drivers and the general population to act with caution. ■