Two dead, at least 30 injured in explosion south of Shanghai 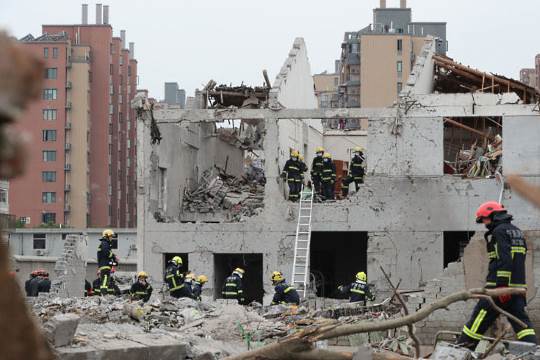 China   The blast knocked down residential buildings
Firefighters traced the blast to a hole in the ground where a toilet had been but the cause still was under investigation, state television said on its website. It gave no indication whether the explosion site was inside a building.

At least 30 others were taken to hospitals, according to Huanqiu.com, a website operated by the Global Times newspaper.

This blast knocked down residential buildings, but they were vacant and in the process of being demolished, Huanqiu.com said. It said there might have been people in the area collecting scrap for recycling. ■