Christian Fernsby ▼ | February 15, 2020
A potentially unprecedented scenario unfolded in the North Atlantic yesterday as a bomb cyclone batters Iceland with hurricane force winds and blizzard conditions, just as another bomb cyclone, known as Storm Dennis, rapidly intensifies behind it. 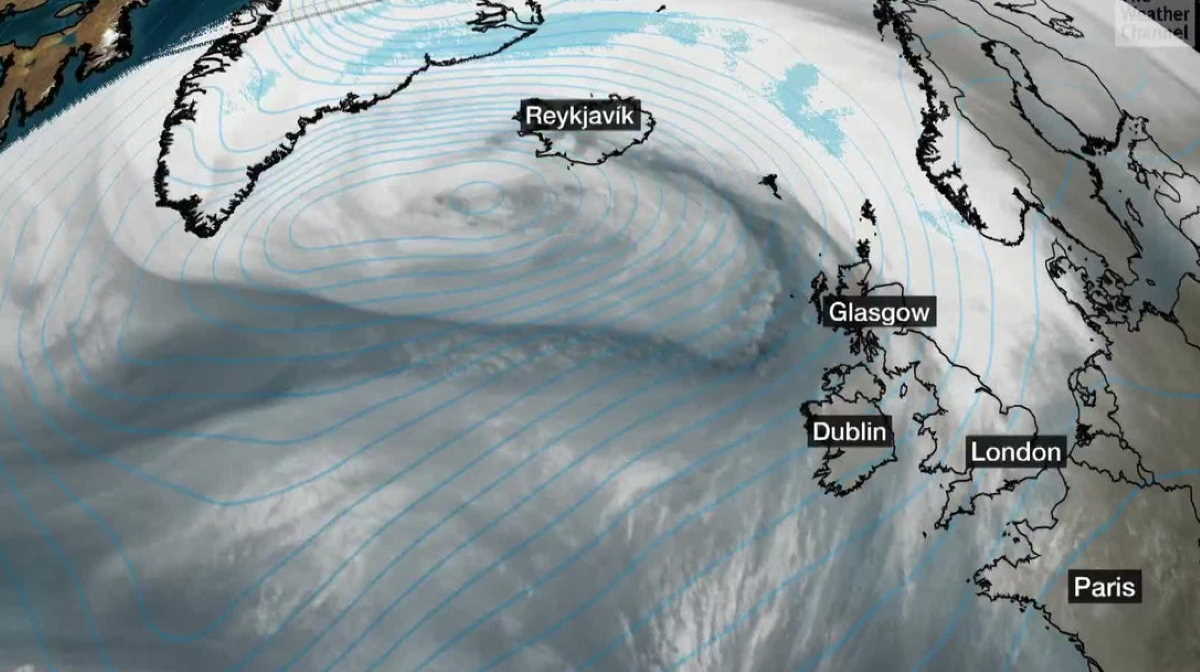 Weather in Europe   Cyclone Atlantic
Ultimately, the two storms will enter into a complex dance around each other before combining into one atmospheric behemoth, with a minimum central air pressure that could rank among the top three most intense storms ever observed in the stormy North Atlantic Basin.

Already on yesterday morning the first bomb cyclone, which has a minimum central air pressure of 929 millibars, roughly equivalent to a Category 4 hurricane, is slamming Iceland with blizzard conditions, mixed precipitation and heavy rain.

Winds have been clocked at about 113kmh in the capital city of Reykjavik, and 145kmh at the international airport in Keflavik. The forecast called for gusts of higher than 193kmh in a few locations, particularly on the western coast of the island, though conditions were improving early yesterday afternoon local time.

Icelandic Meteorological Office issued rare red warnings for parts of the country into early yesterday, with orange warnings continuing into Friday night due to the strong winds and heavy precipitation, and travel was not recommended anywhere.

The National Weather Service's Ocean Prediction Centre reported a satellite passing over the storm detected a significant wave height of 19.5m, located west of Ireland. This means individual waves in that area were potentially as high as 39.3m. Significant wave height is defined as the average of the highest one third of waves in a particular period, and tends to run about half the height of single waves.

Buttressing the satellite observation, a buoy northwest of Ireland recorded a significant wave height of 12.9m on Friday morning, which means individual waves were about twice as high, or nearly 24m, in that location.

This storm currently battering Iceland underwent the process of bombogenesis, or rapid intensification, with its air pressure plummeting more than 24 millibars in 24 hours. Over the course of 48 hours, its pressure dropped by 67 millibars as it moved from near Nova Scotia early Thursday morning to near Iceland early Friday morning.

Energised by an unusually powerful jet stream a highway of air at about 9144m that is powered by the thermal contrasts between air masses, these weather systems are both developing rapidly and reaching extraordinary intensities in a region already known for strong winter storms. Winds in the core of the jet stream are forecast to be as strong as 386kmh per hour late yesterday, which could lead to another record for the fastest transatlantic flight, first broken on February 9. ■