Staff Writer | December 10, 2017
In a resolution after an emergency meeting in Cairo, Arab League member ministers said that the United States had "withdrawn itself as a sponsor and broker" of the Israel Palestinian peace process with its controversial move. 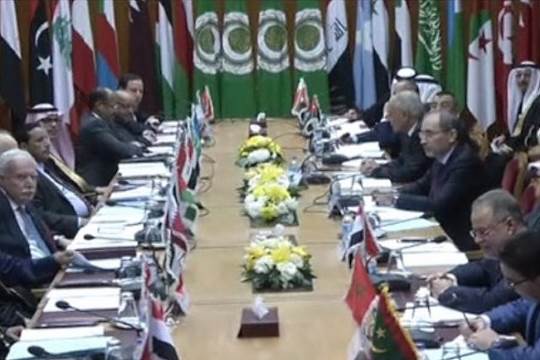 America   Denounced and condemned
The ministers met at the league's headquarters in Cairo to formulate a response to the U.S. decision, which has been roundly criticised internationally.

The move by U.S. President Donald Trump is "denounced and condemned," Arab League chief Ahmed Abul Gheit told the ministers at the beginning of the meeting.

The ministers agreed on "demanding that the United States rescind its decision on Jerusalem...and the calling on the international community to recognise the state of Palestine...with east Jerusalem as its capital."

They also said they would head to the United Nations Security Council for a resolution condemning the U.S. decision as a violation of international law. ■

250,000 protesters in Gaza, world reacts with fury after Trump's Jerusalem statement
Britain to U.S.: Give us plan for Middle East peace
Palestinian PM: We don't accept U.S. as peace sponsor