Trump can thank high-opioid-use voters for being president

Staff Writer | June 22, 2018
Is there a link between Donald Trump and opioid use? Yes, there is and it's stronger than you think. 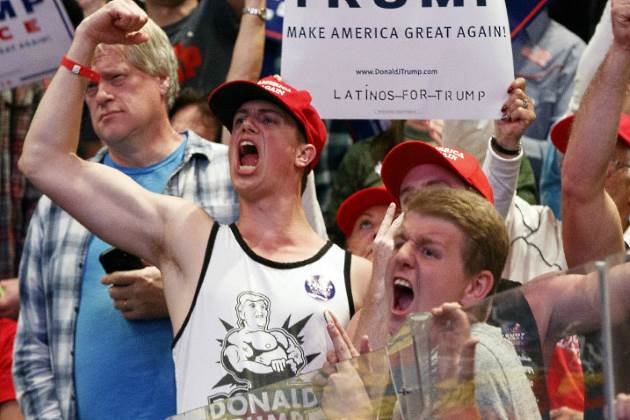 James S. Goodwin, Yong-Fang Kuo, David Brown, and their colleagues say that the epidemic of opioid use is a public health crisis in the United States and other countries. Much of the use is fueled by physician prescribing habits, with about half of opioid-related deaths caused by prescription opioids.

"In this retrospective study using a national sample of Medicare claims data, chronic use of prescription opioid drugs was correlated with support for the Republican candidate in the 2016 presidential election.

"This association is related to underlying county socioeconomic characteristics that are common to both chronic opioid use and voting patterns, particularly characteristics pertaining to income, disability, insurance coverage, and unemployment.

"The findings of this study add to the emerging literature on the relationship between health status and support of Donald Trump in the 2016 election.

"Wasfy and colleagues examined the difference in support for Trump in 2016 and for Mitt Romney, the Republican candidate in 2012, among 3009 counties.

"Eighty-eight percent of counties had a net voting shift toward the Republican candidate in 2016. They then examined the relationship between voting shift and a 7-item measure of unhealthfulness. The unhealthfulness score accounted for 68% of the variance in the magnitude of the voting shift.

"Similarly, Bor reported that a 2016 Republican presidential vote at the county level was strongly and negatively correlated with change in life expectancy between 2008 and 2016, and Monnat reported that counties with drug, alcohol, and suicide mortality rates above the median showed heavier support for Trump in 2016 than for Romney in 2012.

"In many areas with high rates of drug overdose, voter turnout in 2016 exceeded that in 2012, with Donald Trump overwhelmingly favored.14

"The current study and the other studies discussed were ecological, measuring associations at a county level between the presidential vote and health indicators. There is some evidence that the association is indeed contextual.

"An analysis of interviews with supporters of President Trump conducted by Gallup concluded that they came from areas where residents have high rates of poor health and lack of upward mobility, even if the health and economic status of the individual respondents were good.

"The community context seemed at least as strong an influence as individual economic factors.27,28 An analogous finding of contextual effects on opioid prescriptions was shown in the current analysis."

Scientist conclude that "Public health policy directed at stemming the opioid epidemic must go beyond the medical model and incorporate socioenvironmental disadvantage factors and health behaviors into policy planning and implementation." ■