Christian Fernsby ▼ | July 1, 2020
Authorities in Trinidad and Tobago have disembarked about 300 citizen crewmembers from the cruise ship Enchantment of the Seas for an additional term of shoreside quarantine. 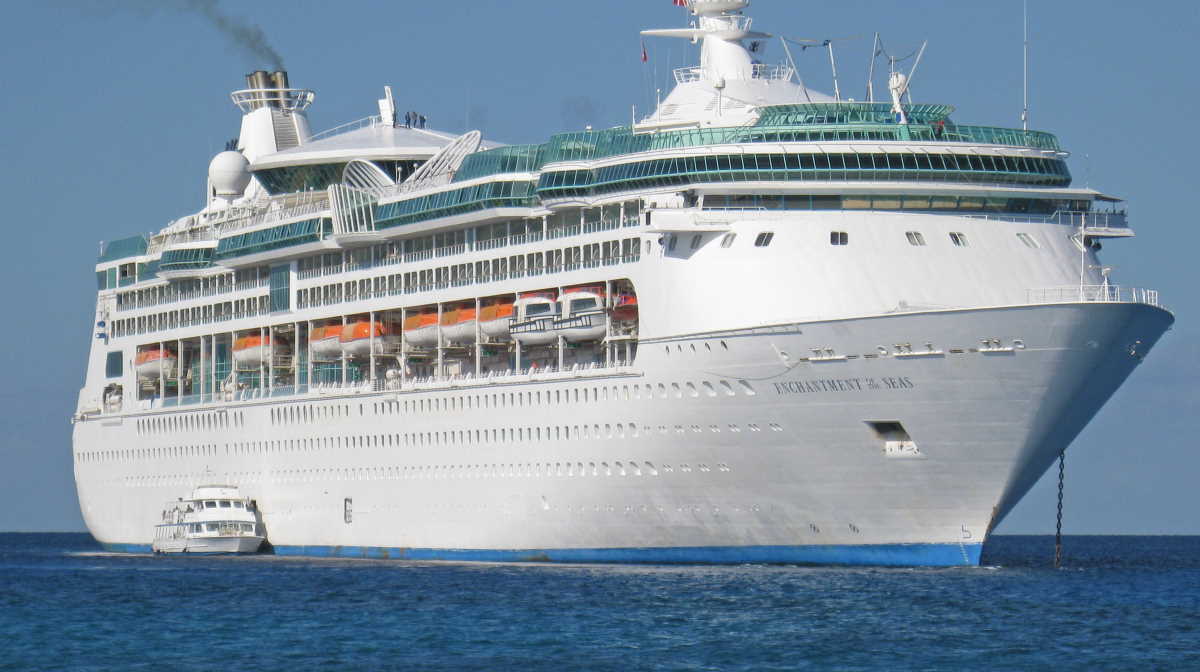 Trinidad   Enchantment of the Seas
The crew's quarantine was originally scheduled to end on June 26, but health officials extended it for an additional "short period" of monitoring after three new cases of COVID-19 were discovered in a second round of PCR testing. A third round of tests will be taken later in the week, and those tests will inform the ministry's decision about when the seafarers may be released to return to their families.

"The Ministry of Health empathizes with the plight of the persons under quarantine but advises that this step is being taken to ensure the continued safety of these nationals, their families and the population at large," the ministry said in a statement.

Shortly after the vessel's arrival in mid-June, six crewmembers tested positive during an initial round of testing and were removed for isolation on shore. They have since tested negative. Five others were taken off for non-COVID medical treatment, according to local media.

Based on social media posts from the remaining 300-odd Trinidadian seafarers on Enchantment of the Seas, discontent has been brewing on board.

"Terrence Deyalsingh, the minister of health, he as gone back on his word. The agreement was [those] who tested negative will depart the great Enchantment of the Seas on the 26th of June. . . . We now must undergo a third PCR test and we must be confined to a facility of his choosing," said one anonymous crewmember in a video address. "What else, Deyalsingh, do you want Royal Caribbean to do? . . . I'm asking that you come to the port and tell these 300-plus nationals that they cannot go home to their loved ones . . . It's an utmost disgrace."

The ministry of health disagreed, cautioning that it needs to ensure the control of COVID-19.

“We can’t send 300 individuals to 300 households around the country - different places - and hope none of them become positive," Trinidad and Tobago Chief Medical Officer Dr. Roshan Parasram told the T&T Guardian. “We have to have them in places that are within our control. If any of them become positive then of course none of them would become a risk to the community in T&T and we’d be able to manage it much better."

IAEA: presence of radioactive material in European air poses no threat to health, environment
Saudi Arabia says it forces three Iranian boats out of its waters
Russians vote to allow Putin to rule until 2036
Colombia seizes 1.2 tons of cocaine in north port