Christian Fernsby ▼ | April 2, 2020
A train operator was charged on Wednesday for deliberately running a locomotive at full speed off the end of rail tracks near the U.S. Navy hospital ship Mercy, which is docked at the Port of Los Angeles to aid coronavirus response. 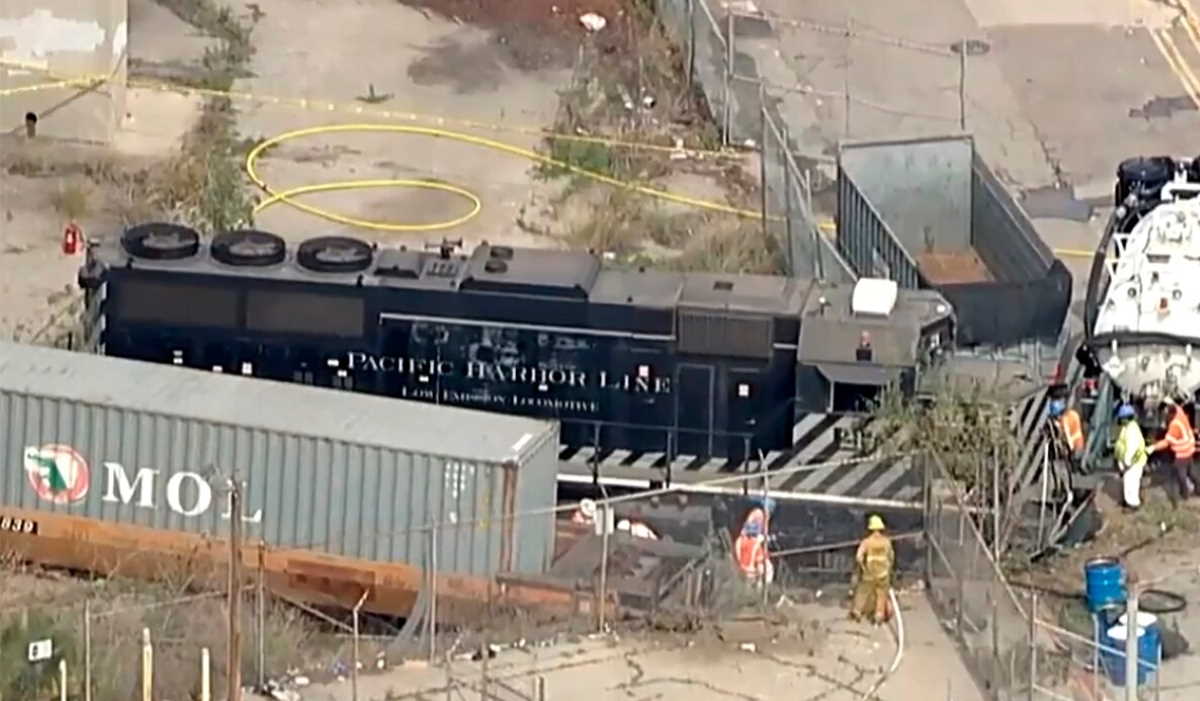 Los Angeles   Derailed locomotive
Eduardo Moreno, 44, of San Pedro, was charged in a criminal complaint with one count of train wrecking as a result of the incident on Tuesday, according to a press release from U.S. Attorney's Office in the Central District of California.

After Moreno ran it off the end of tracks, the train crashed through a series of barriers before coming to rest more than 250 yards from the Mercy. No one was injured in the incident, and the Mercy was not harmed or damaged in any way, prosecutors said.

Moreno said that he was suspicious of the purpose of the hospital ship, adding that he acted alone and had not pre-planned the attempted attack.

While admitting to intentionally derailing and crashing the train, he said he knew it would bring media attention and "people could see for themselves."

In an interview with FBI agents, Moreno said that "he did it out of the desire to 'wake people up,'" according to the affidavit. "Moreno stated that he thought that the U.S.N.S. Mercy was suspicious and did not believe 'the ship is what they say it's for.'"

The train wrecking charge alleged in the criminal complaint carries a statutory maximum penalty of 20 years in federal prison, according to U.S. Attorney's Office.

The Mercy arrived at the Port of Los Angeles last Friday as the number of new confirmed COVID-19 cases continued to surge in the metropolitan area. The ship, carrying more than 800 Navy medical personnel and support staff, will provide 1,000 hospital beds as a "referral hospital" to treat non-COVID-19 patients. It will help relieve the strain being put on local hospitals by the pandemic. ■

Passenger traffic may only recover next year, says airport council