Staff Writer | May 9, 2018
A top degree of fire alert was declared over the fire that broke out in a factory plant in the Hostivar district in Prague earlier on Tuesday, said firefighters' spokesman Martin Kavka. 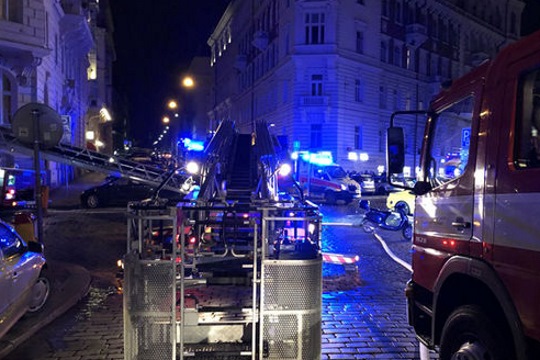 He said the hall is likely to have been a store for plastic foam. The local fire hydrant network collapsed in the place. A shuttle transport brought water to the scene, a helicopter also helped, said Kavka.

The fire is now threatening a joiner's workshop located nearby. The neighborhood around the fire has been blocked off and the traffic in adjoining streets were partly closed by police.

So far, no injuries have been reported. Nine police officers and one women were examined over the suspicion of having inhaled carbon dioxide, but they did not have to be hospitalised.

In Czech Republic, the top (fourth) degree of fire alert will be declared if a fire threatens over 1,000 people or the areas of over 1 square kilometre. ■