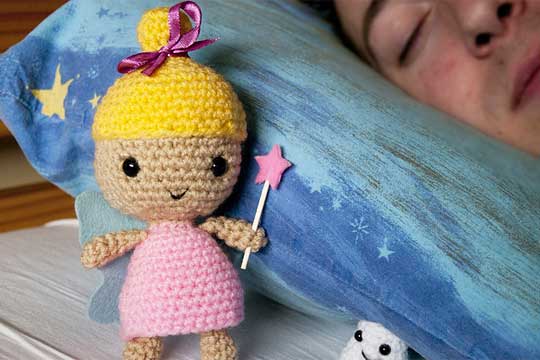 Study   S&P 500 in correlation with Tooth Fairy
In 2014, the Tooth Fairy left a staggering $255 million for lost teeth, according to Delta Dental's The Original Tooth Fairy Poll.

The Original Tooth Fairy Poll has generally been a good indicator of the economy's overall direction. In fact, the trend in Tooth Fairy giving has tracked with the movement of the Standard & Poor's 500 index (S&P 500) in 11 of the past 12 years.

In 2014, both the average Tooth Fairy gift and the S&P 500 posted double-digit gains for the third year in a row, with 24.6 percent and 11.4 percent increases respectively.

Delta Dental's survey found that in 88 percent of the homes she visited, the Tooth Fairy left cash for kids, either by itself or in combination with other gifts. Kids who got a gift in addition to or instead of cash most often received a toy, game, toothbrush, toothpaste, book, doll, stuffed animal or dental floss.

The Tooth Fairy visited 81 percent of U.S. homes with children who lost a tooth. The amount of spare cash on hand (44 percent) or the child's age (39 percent) are the most mentioned reasons for how much is left by the Tooth Fairy.

The Tooth Fairy was stingiest with kids in the Midwest, leaving just $2.83 per tooth. Kids in the South raked in the dough, receiving $5.16 per tooth. And kids in the West and Northeast didn't fare so bad either, receiving $4.68 and $4.16 respectively.

India plants 66 million trees in 12 hours, breaks environmental record
Number of people aged 65 and above record high in Japan
Five arrested in Romania for spreading ransomware in U.S. and Europe

Two directors to step down from CRH