Staff Writer | December 8, 2018
Police fired tear gas and arrested hundreds of people in Paris on Saturday as the French capital went on lockdown for the latest “yellow vest” protests against President Emmanuel Macron. 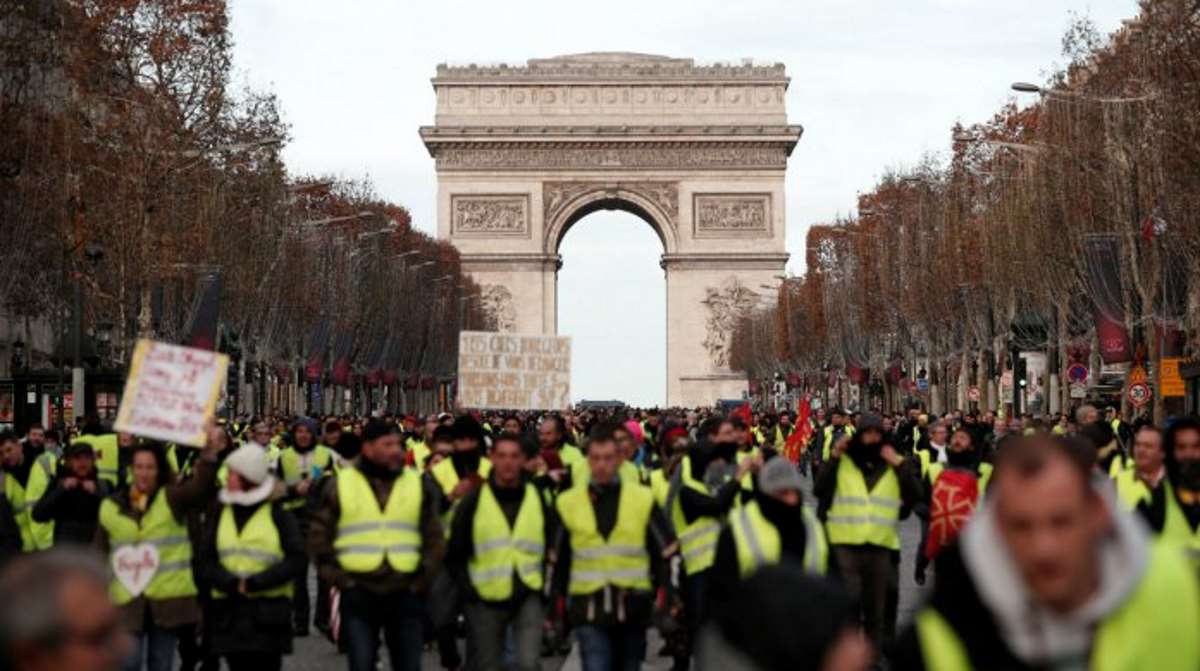 Europe   “Macron, resign”
Shouts of “Macron, resign” mingled with the tear gas near the famous Champs Elysees avenue, the scene last Saturday of the worst rioting in Paris for decades.

A forklift truck driver who gave his name as Denis said he was planning, like others, to march on Macron’s presidential palace in anger against a leader who, they say, only looks out for the rich.

“I’m here for my son,” said the 30-year-old, who had traveled down to Paris from the Normandy port of Caen.

“I can’t let him live in a country where the poor are exploited.”

Coordinated “yellow vest” protests were taking place across the country on Saturday, including on numerous motorways, causing havoc on the national road network.

Prime Minister Edouard Philippe said 481 people had been detained in Paris as police carried out checks on people arriving at train stations and at protest hotspots such as the Champs Elysees and the Bastille monument. ■