Christian Fernsby ▼ | September 13, 2019
More than one third of people in Wales would support the country becoming independent if it meant remaining in the EU, according to new figures. 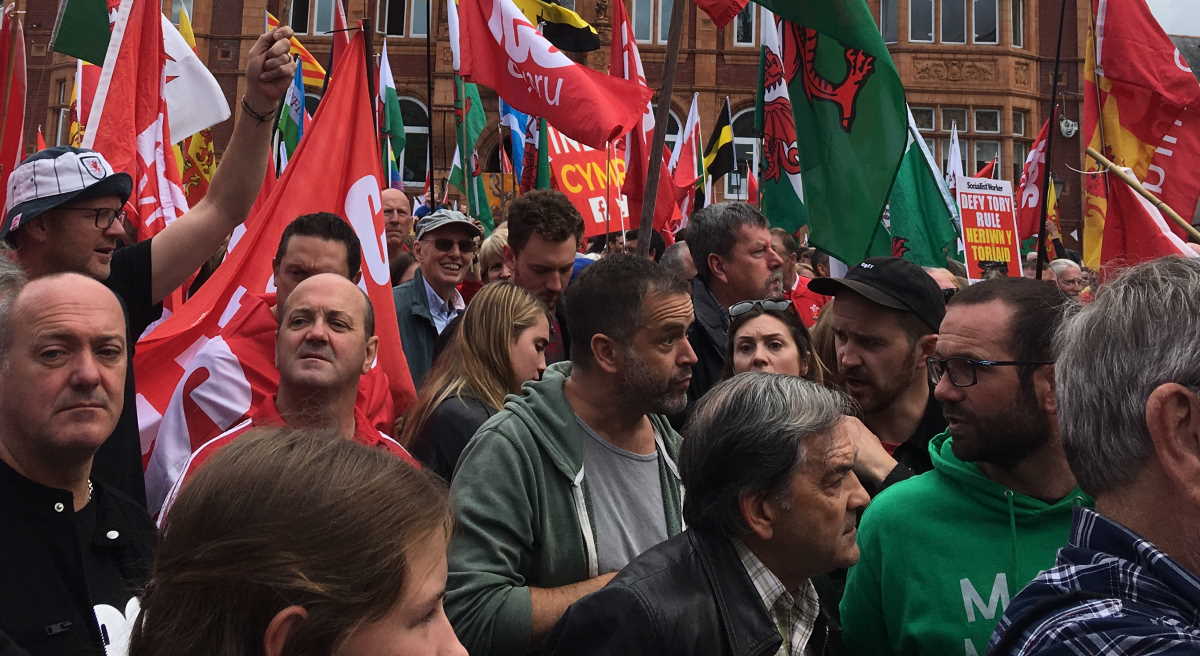 Britain   Welsh independence
The YouGov poll, commissioned by Plaid Cymru, found 33% would back breaking away from the UK rising to 41% if excluding “don’t knows” representing the highest level in polling history.

Growing support for Welsh independence has led to a series of rallies recently held in Cardiff, Caernarfon and Merthyr Tydfil, where thousands joined marches organised by All Under One Banner Cymru.

“It is no wonder that we are witnessing a surge in support for a New Wales – a nation proudly taking its place as an equal partner on the international stage.”

The poll, which surveyed 1,039 Welsh adults, found 48% voted “no” when asked if Wales should be independent to remain in the EU. ■

12,000 people gather in Aberdeen to demand Scotland's freedom from UK
Thousands call for Welsh independence
Historic Independence Day, more Americans to travel than ever before