Christian Fernsby ▼ | July 8, 2020
A street war has just begun in Belgrade. The police started to disperse the people gathered in front of the parliament, so a stampede ensued. 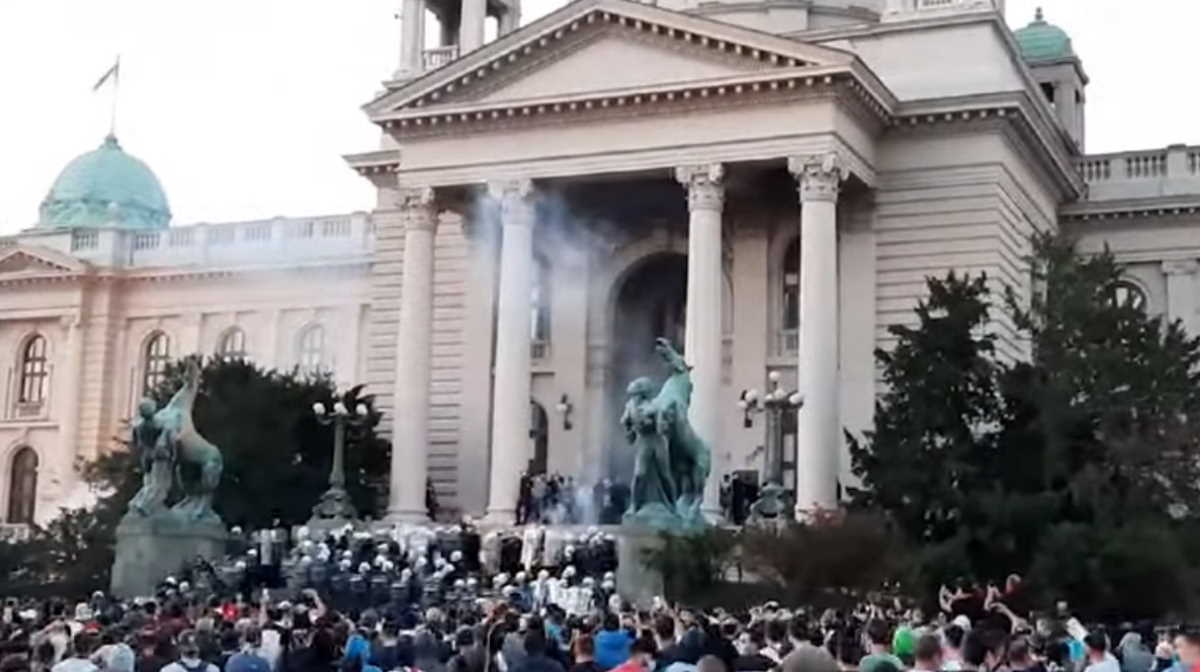 Towards the center of Belgrade, a car with a water cannon and several police vans set off.

Several thousand citizens gathered on the streets of Belgrade to protest again against the introduction of stricter epidemiological measures, but also against the regime of President Aleksandar Vučić.

After gathering in front of the Faculty of Philosophy, the procession, together with the opposition leaders who boycotted the recent elections, headed towards the Assembly of Serbia. A small group of people also gathered in front of the Presidency of Serbia, whose building was surrounded by numerous police forces, and a protective fence was set up.

As the authorities do not want a repeat of last night's riots, today Belgrade is under police siege.

About half an hour after the protest began, a group of several thousand people arrived on a plateau in front of the Serbian Parliament. The gathered people chanted "Go to Kosovo" to the police.

The first clashes with the police took place at around 8.20 pm. Protesters began firing hard objects and torches at police officers, and police responded by firing tear gas.

Protesters then pelted police gathered in front of the Assembly with several dozen torches and cannon shots, and a protective fence was breached. Police then counterattacked and managed to repel the protesters ’offensive. ■