Christian Fernsby ▼ | April 13, 2020
The death toll in the Deep South from violent storms and tornados continued to mount Monday as authorities raised the number of fatalities to at least 19. 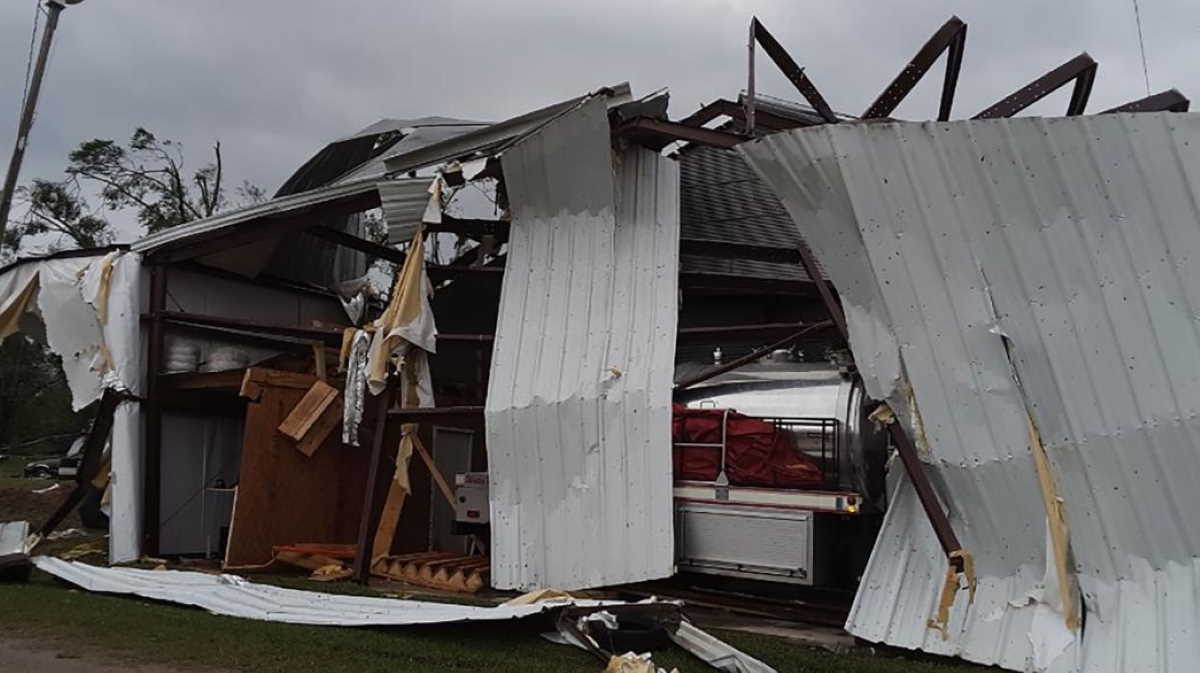 The U.S.   Mississippi tornado
In Mississippi, at least 11 people were killed and hundreds of buildings were damaged. The state has the highest death toll from the devastating storms that lashed a wide swath of the region on Easter Sunday.

The fatalities and multiple injuries were confirmed by the state's Emergency Management Agency.

Separately, Georgia Gov. Brian Kemp reportedly said in a statement that six people died in the state's northwest. One fatality each was reported in Arkansas and South Carolina.

Emergencies have been declared in all four states.

Weather trackers continue to warn of harsh conditions in much of Mississippi, Alabama, and western Georgia, while the rest of the southern states also have at least marginal risk.

The National Weather Service continued to warn that hazardous weather could still wreak havoc in the southern and eastern U.S. later Monday, including heavy rain, high winds, flooding and thunderstorms.

It warned that additional storms that could include severe winds and tornados are possible later in the day in the mid-Atlantic region, noting that strong wind gusts exceeding 50 mph (80 kph) are "likely" even if storms fail to develop. ■