Christian Fernsby ▼ | July 26, 2019
Defra was night investigating reports that human organs and body parts were inside the container, but said it was yet to be approached by the Sri Lankan authorities. 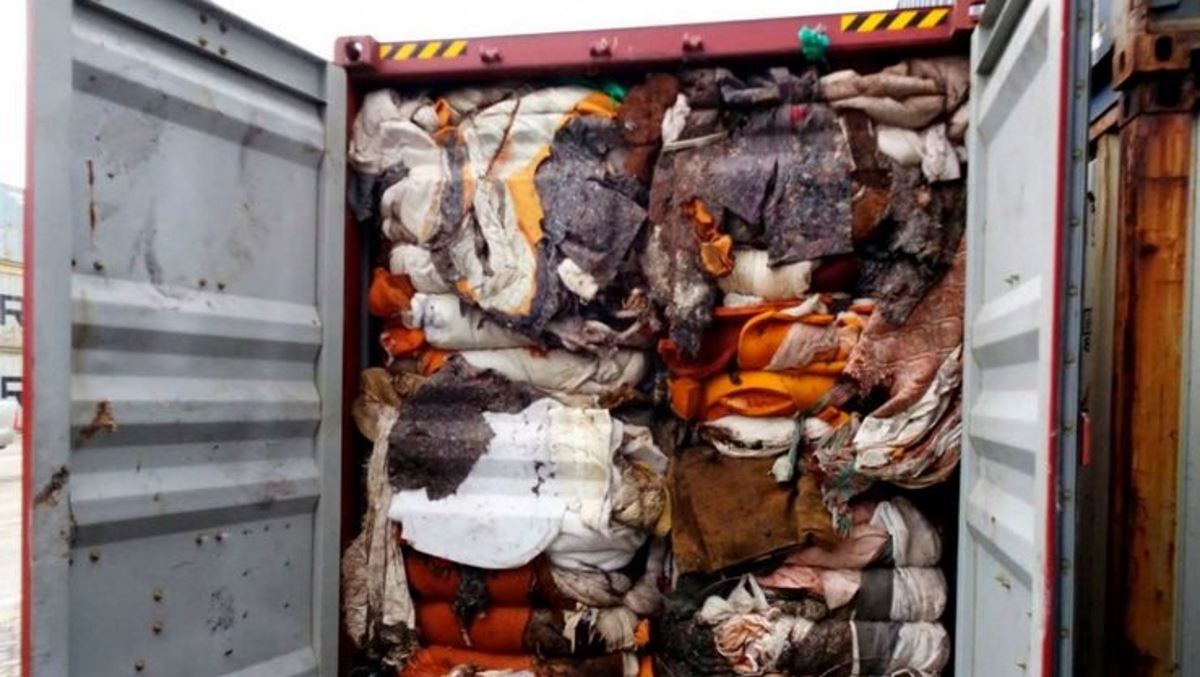 Asia   Containers with remains
"We are committed to tackling illegal waste exports, which is why individuals found to be exporting incorrectly described waste can face a two year jail term or an unlimited fine," a spokeswoman said.

“We are yet to receive a formal request from the Sri Lankan authorities, but Defra has contacted them directly to find out more information.”

"This is a well-organised racket that has been going on since 2017," said an official at Sri Lanka’s finance ministry, adding that they would raise the issue with the British authorities.

Sri Lanka is the latest country to clamp down on criminal groups which export mislabelled waste materials instead of recycling or incinerating them.

China, Vietnam, Malaysia and Thailand have also announced a crackdown on plastic imports as they attempt to stem the tide of waste from European countries which are unable or unwilling to dispose of it themselves.

A spokesman for Sri Lanka’s Central Environment Authority said: “The waste material brought to the country under the guise of mattresses from the UK is extremely hazardous.”

British waste disposal experts said disguising human remains as recyclable metals would be highly lucrative as it is illegal to export anatomical waste, such as human organs or body parts.

"Someone is making a killing out of this," warned Dominic Hogg, the chairman of waste and recycling consultancy Eunomia.

“There is a major financial incentive to this, with hazardous material, because it was likely taken on the basis of being paid a lot of money to ensure it was disposed of correctly. You would potentially double your money if it were body parts or clinical waste."

A spokesman for the British Metals Recycling Association said it “absolutely condemns” illegal exports of hazardous waste, which it blamed on a minority of rogue traders and criminals.

"Unfortunately, due to a lack of funding, containers are generally only opened by port officials if there is intelligence to suggest an illegal shipment is being attempted; we believe this results in just one in 1,000 containers being searched,” added Howard Bluck, the association’s technical director.

If the presence of British human remains in the containers is confirmed, it is feared they may have originated from NHS hospitals which are struggling to dispose of anatomical waste.

The excess waste levels had exceeded 350 tonnes in September, five times the 70 tonnes limit, with the remains being stored in fridges.

Garry Pettigrew, the company’s former director, has vehemently denied any involvement with the Sri Lankan exports and claimed in a message on Twitter that NHS contractors were illegally shipping the waste abroad.

It would not be the first time British waste has been implicated in a scandal over illegal exports and disposal methods.

The Telegraph revealed last year that a trash mafia operating in Poland was paid millions of euros to import plastic waste from the UK and set it alight in a field near the rural town of Zgierz. ■

Roche confirms cyber-attack similar to one Bayer was exposed to

Namibia to ban plastic bags by 2022