Christian Fernsby ▼ | August 5, 2020
The government of Spain’s Canary Islands declared an emergency on Tuesday, as an industrial fire continues to burn on the island of El Hierro. 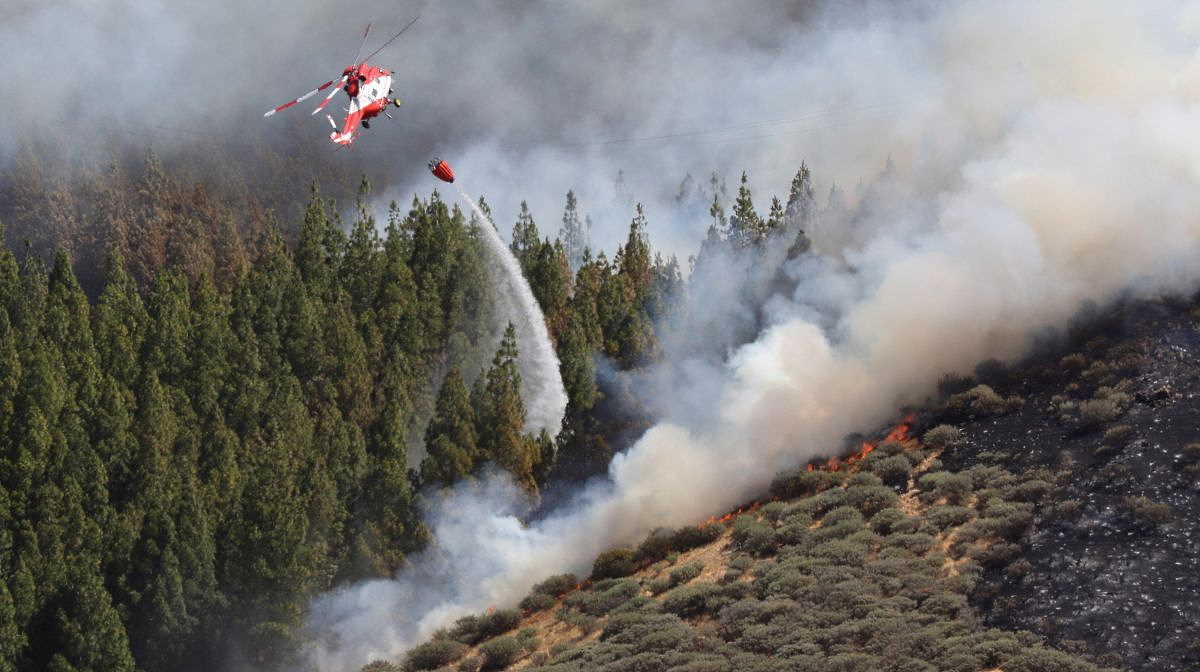 The Canary Islands' emergency services told residents of the nearby towns of Isora, San Andres, and La Cuesta to stay inside their homes to avoid breathing in the toxic fumes.

A black cloud of smoke can be seen across the small island, and the rest of El Hierro’s around 11,000 inhabitants have been told to stay away from the area.

Firefighters and helicopters continue to battle the flames, which could continue burning for days, according to local media.

Alpidio Armas, the president of El Hierro, told local online daily Gaceta del Meridiano that the fire is difficult to control due to the burning of tires, mattresses, and chemical products, which make the smoke “highly toxic.”

According to the US Environmental Protection Agency (EPA), tire fires are both difficult to extinguish and expensive to clean up.

Emissions from a tire fire can cause significant short and long-term health hazards to firefighters and nearby residents such as irritation of the skin, eyes, and mucous membranes, central nervous system depression, respiratory effects and cancer.

The EPA says an average passenger car tire is estimated to produce over two gallons of highly flammable oil when burned. Whatever oil exudes into ground and surface water is also a “significant environmental pollutant.” ■