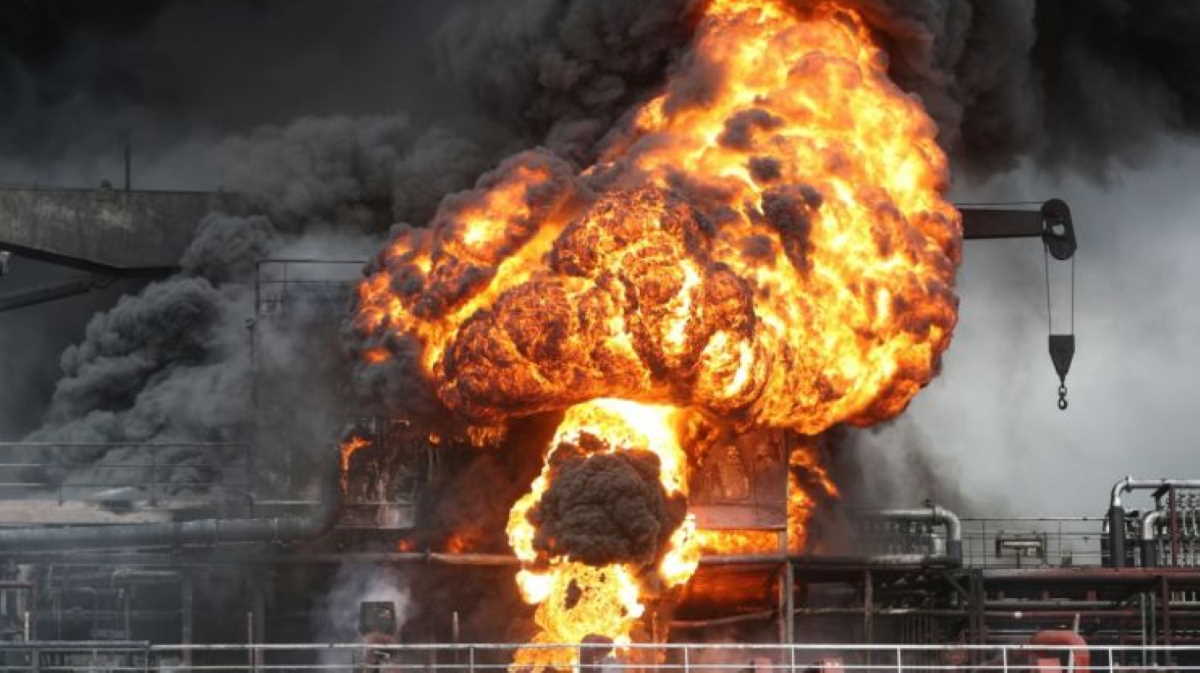 Asia   Stolt Groenland and Bow Dalian
An explosion occurred on the Stolt Groenland, a 25,000-tonne, Cayman Island-flagged oil tanker, at the southern port of Ulsan at around 10:50 a.m. (0150 GMT), a coastguard official said.

There were 25 sailors aboard, including Russians and Filipinos.

The fire spread to another oil tanker docked nearby, the 9,000-tonne, South Korean-flagged Bow Dalian, with 21 aboard, he said.

All of the sailors on both ships were rescued, but 10 people, most of whom were workers at the terminal, have been wounded so far, a fire official told Reuters. Nine of them were South Korean, including one in a critical condition, and the other was from India. ■