Christian Fernsby ▼ | July 9, 2020
Police said on Friday that Park’s body was found around midnight near Sukjeong Gate at Mount Bukak in northern Seoul, where he was last seen alive. 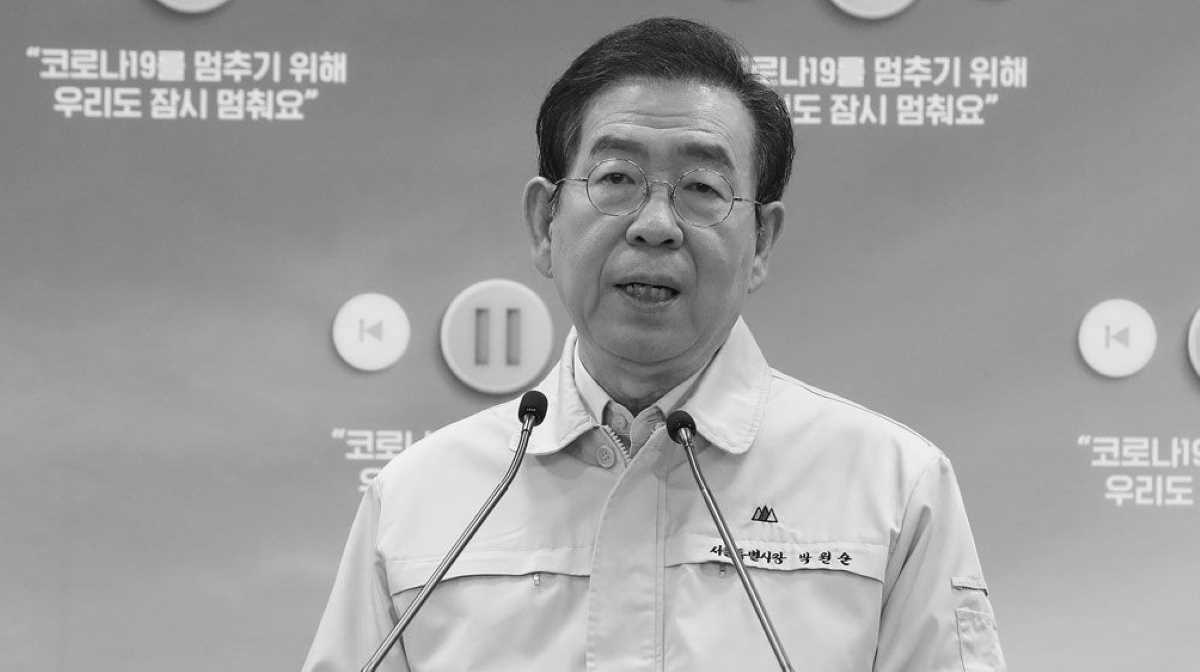 Police search started after the mayor’s daughter reported of his disappearance at 5:17 p.m.

Thursday, saying her father has not been reached since he left home four or five hours earlier, reportedly after he said something that sounded like last words.

Around 770 officers, six drones equipped with a thermal imaging camera and nine search dogs were mobilized in the search, which concentrated on the mountain area following the confirmation that Park arrived at Waryong Park in the mountain at 10:53 a.m. Thursday.

The 64-year-old mayor was seen leaving his nearby residence nine minutes earlier wearing a dark-colored outfit, including a hat and a backpack. ■