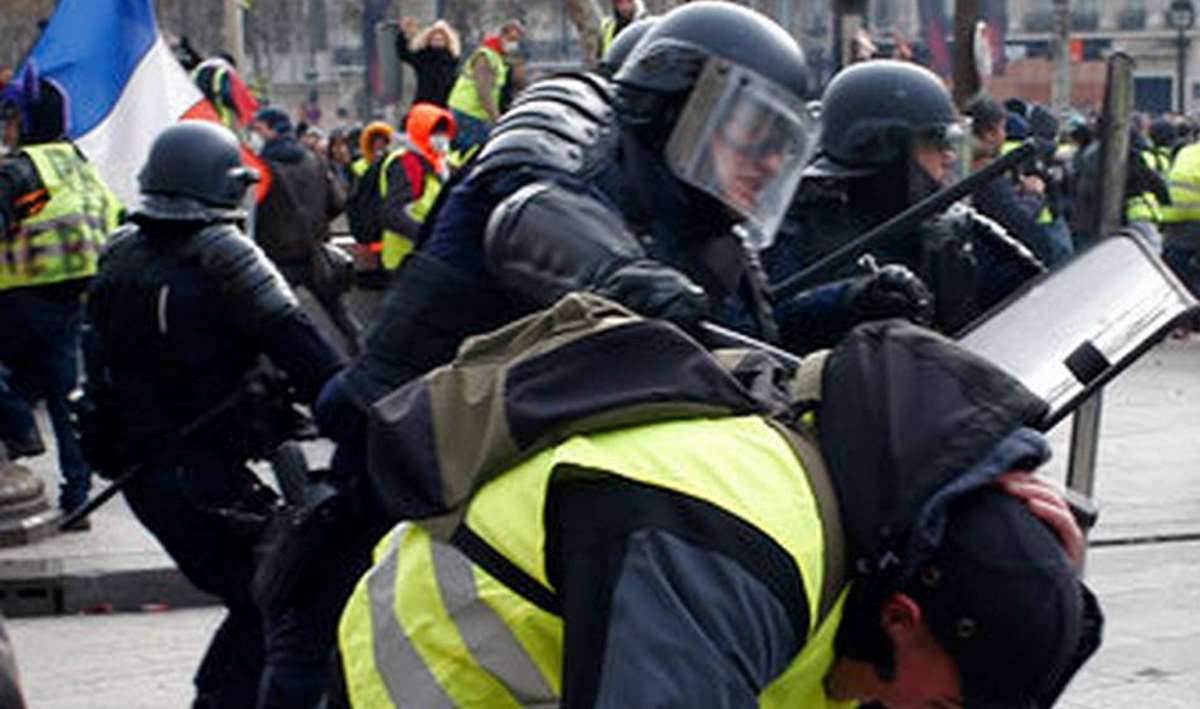 Europe   Yellow Vests protests
"We will mobilize similar means as last week in terms of resources, power and strategy," police chief Michel Delpuech told RTL radio, adding that "we need to be prepared for worst-case scenarios."

Like last weekend, some 89,000 security forces will be deployed across French cities on Saturday. In Paris, 8,000 officers will be charged to ensure calm in the capital where armored vehicles will be used on the streets for the second week.

Anti-riot officers will protect landmark sites such as L'Arc de Triomphe and prevent protesters getting close to the Elysee Palace and the National Assembly, in addition to regular checks of protesters' identity and bags.

Unlike last Saturday, attractions such as the Louvre museum and Opera Garnier will be open this weekend, as will luxury department stores like Galeries Lafayette and Printemps.

Staging the fourth weekend protest in a row, 136,000 "Yellow Vests" turned out across the country on Dec. 8 to denounce Macron's leadership, which according to them, aims to court big business and does little for lowest-paid workers.

With no leader, "Yellow Vests" movement, which got its name from the high visibility vests drivers keep in their cars, was created on social media. When they began on Nov. 17, protests were against a rise in carbon tax which Macron says is necessary to combat climate change.

They have since turned into a bigger uprising denouncing a squeeze on household spending and high living costs caused by the president's fiscal and economic policy which they say favors the rich. Some of them asked Macron to step down.

Macron offered this week more concessions to dampen social roar via "an economic and social emergency plan", offering an increase in minimum wages and tax breaks.

Since then, the social action appears to be losing steam with some of the movement's representatives have said they were open to halting the protests and join the table of negotiation with the government.

Meanwhile, others said Macron's concessions are not enough and have coordinated a fifth weekend of action on social media where about 10,000 supporters said to take part.

Speaking at a news conference after a meeting of European Union leaders in Brussels Friday, Macron said "France needs calm, order and a return to normal." ■

Liven up your kitchen with colorful appliances