Christian Fernsby ▼ | October 24, 2019
A Saudia 787 has run into engine problems en route to Riyadh, Saudi Arabia and has been forced to land in Bangladesh. 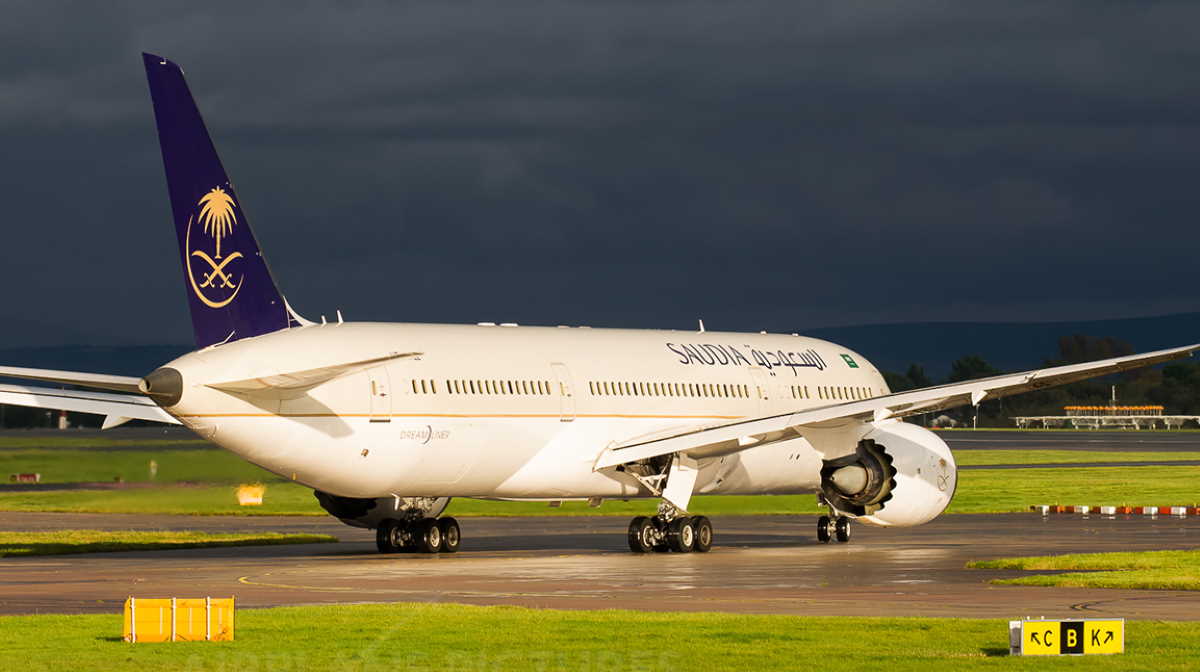 Asia   Saudia Arabian Airlines
A Boeing 777-300ER was sent to pick up the passengers and delivered them home the following day.

The specifics of the engine problems are not entirely clear, only that the flight crew had to shut down the right-hand engine (which for those readers who ask for engine details, a GEnx).

The aircraft requested permission to land in Dhaka, Bangladesh and managed to get to the ground safely with one engine about 75 minutes later.

It was able to taxi to the terminal and offload passengers.

The aircraft was carrying 299 people. ■

Storm alert for Arabian Sea and Bay of Bengal
U.S. ending laptop ban on Middle Eastern airlines
U.S. airlines back up after second system glitch in a week

Alkermes to lay off 160 in cost-cutting restructure