Saudi Arabia says attacks from north were sponsored by Iran

Christian Fernsby ▼ | September 18, 2019
Saudi Arabia said Wednesday that strikes on its oil infrastructure came from the "north" and were "unquestionably" sponsored by Iran. 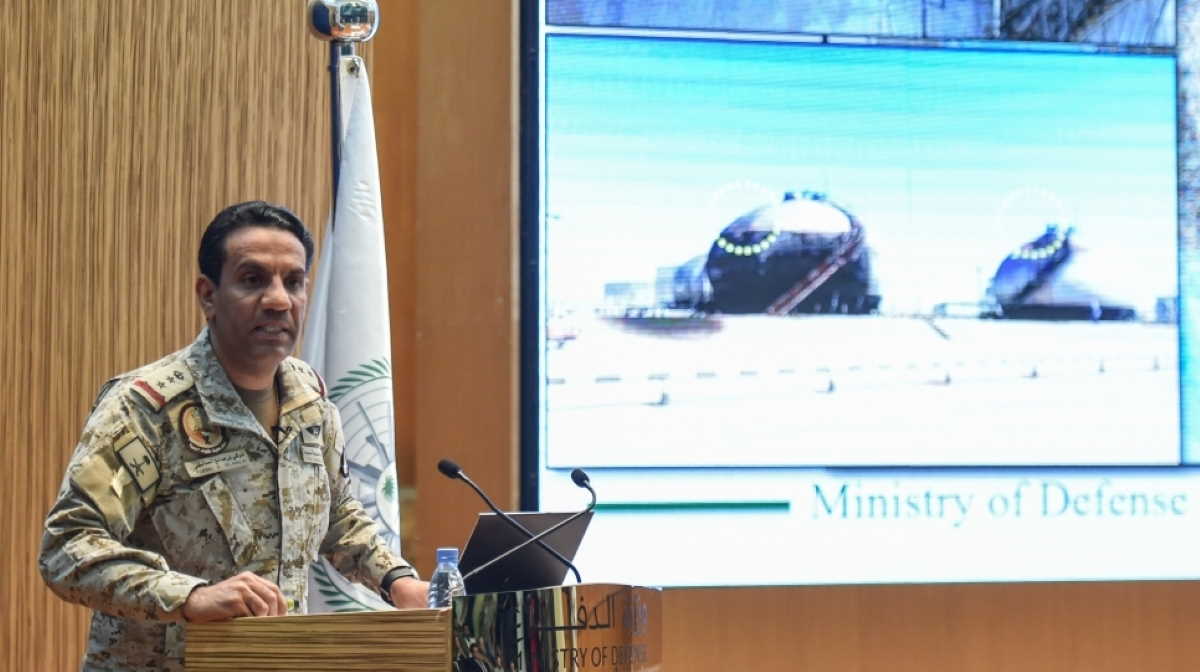 Middle East   Turki Al-Maliki
Saudi Arabia was still investigating the exact point from where they were launched.

"The attack was launched from the north and unquestionably sponsored by Iran," Defense Ministry spokesman Turki Al-Maliki told a press conference. "We are working to know the exact launch point."

Saudi Arabia displayed remnants of what it described as Iranian drones and cruise missiles used in an attack on Saudi oil facilities as "undeniable" evidence of Iranian aggression.

However, he would not be drawn on whether Saudi Arabia believed Iran would ultimately be found to be the culprit, only saying they were confident they would find where the weapons were fired from.

Maliki displayed pieces of what he said were cruise missiles and drones used in the strike, recovered from the site of Saturday's attack in the country's east.

Al-Maliki said a total of 25 drones and missiles were launched at two oil plants in last weekend's strikes, including what he identified as Iranian Delta Wing unmanned aerial vehicles (UAV) and "Ya Ali" cruise missiles.

He said the missiles have been used by Iran's Revolutionary Guards, adding, the combination of 18 drones and seven cruise missiles was fired at the two key oil installations from a direction that ruled out its southern neighbor Yemen as a source.

He reiterated Riyadh's position that the Iran-backed Houthi rebels in Yemen were not responsible for the assault despite claiming it.

"Despite Iran's efforts to make it appear so "they did not originate from Yemen,” he said, adding the strike was beyond the capabilities of the militia. In addition, "the targeting direction indicates it came from the north," he said.

Al-Maliki said both drones and missiles were launched at Abqaiq, home to the world's largest oil processing facility, and that cruise missiles had targeted Khurais.

Al-Maliki also sated that attack on Aramco is an extension of previous attacks against infrastructure in Saudi Arabia, adding, “I would like to assert the ability of Saudi Arabia to protect its infrastructure.”

“The attack on Abqiq and Khurais are an extension of the attacks on Afif and Dawadmi on May 14, 2019,” he said.

“We are continuing our investigation to determine the exact location from which drones and missiles were launched, and the culprit behind attack on Aramco will he held accountable,” he said.

He added: “We are proud of the ability of our air defenses to repel more than 200 ballistic missiles.” ■